Another blast from the past here, presented with the kind permission of the original commissioning editor Dave Evans and writer Richmond Clements.
Shako: Snack Attack originally saw print in Zarjaz #9, one of the indie Futurequake imprint's titles devoted to Tharg-approved homages to the 2000ad roster of properties.  Of scriptwriter Richmond, conflicting rumors have it that he was stabbed to death by the adventurer Jack Burton in a subterranean kingdom hidden under San Francisco, thrown to his doom in a volcano on the Genesis Planet, and - most ludicrous of all - that he originally came from Larne.
Apologies must be made for the clumsy lettering - entirely my bad and not indicative of the usually high FQ standard. 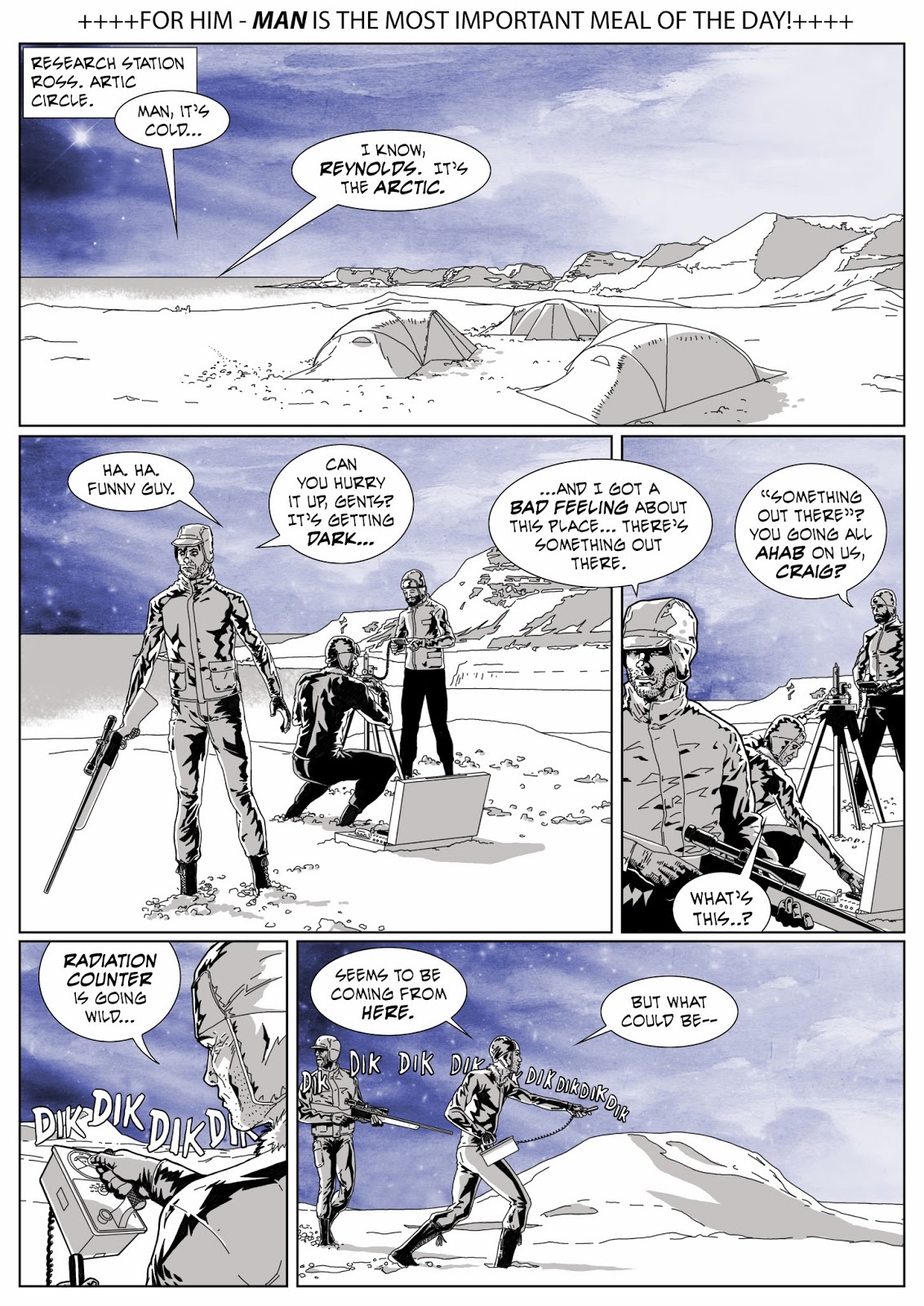 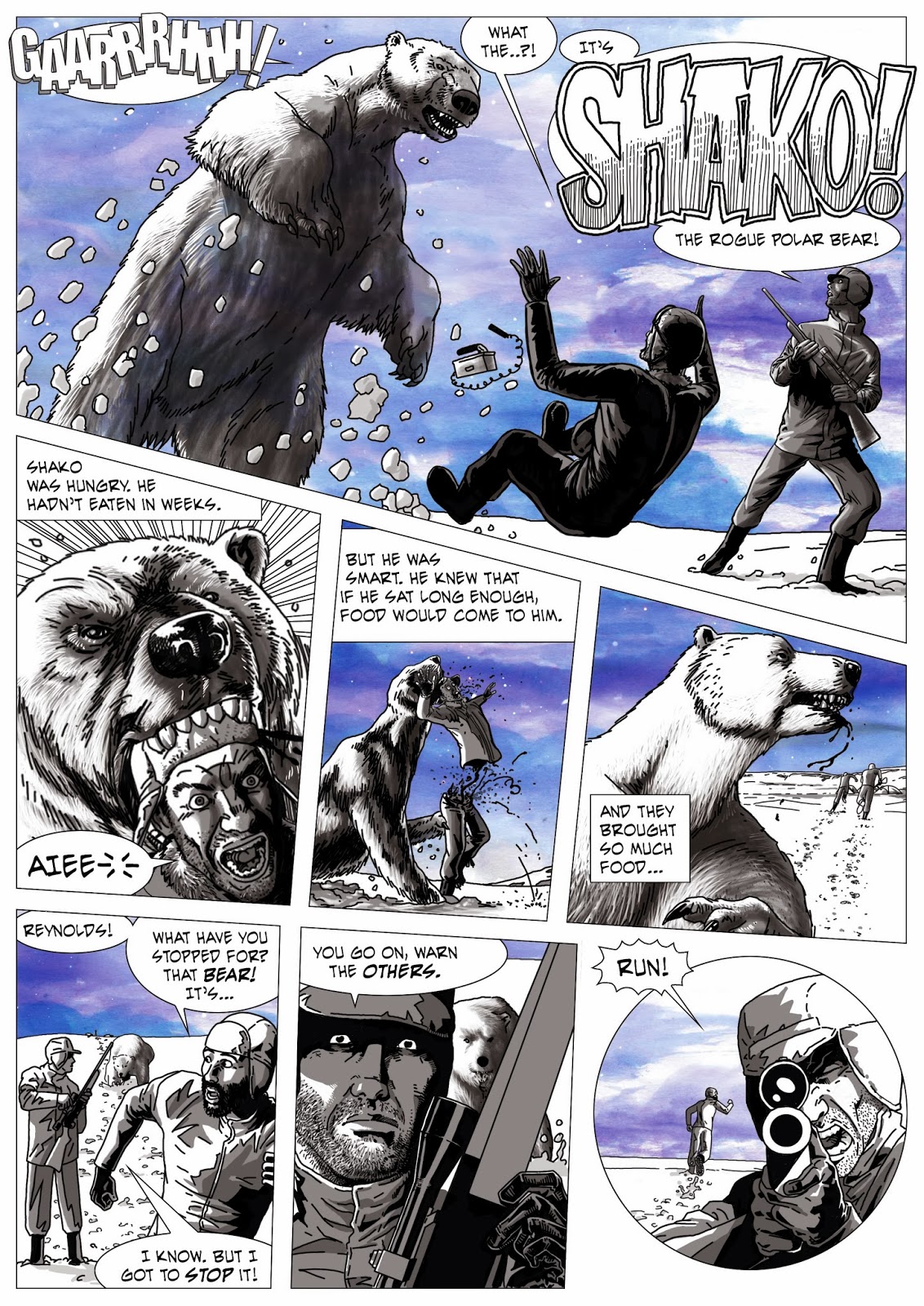 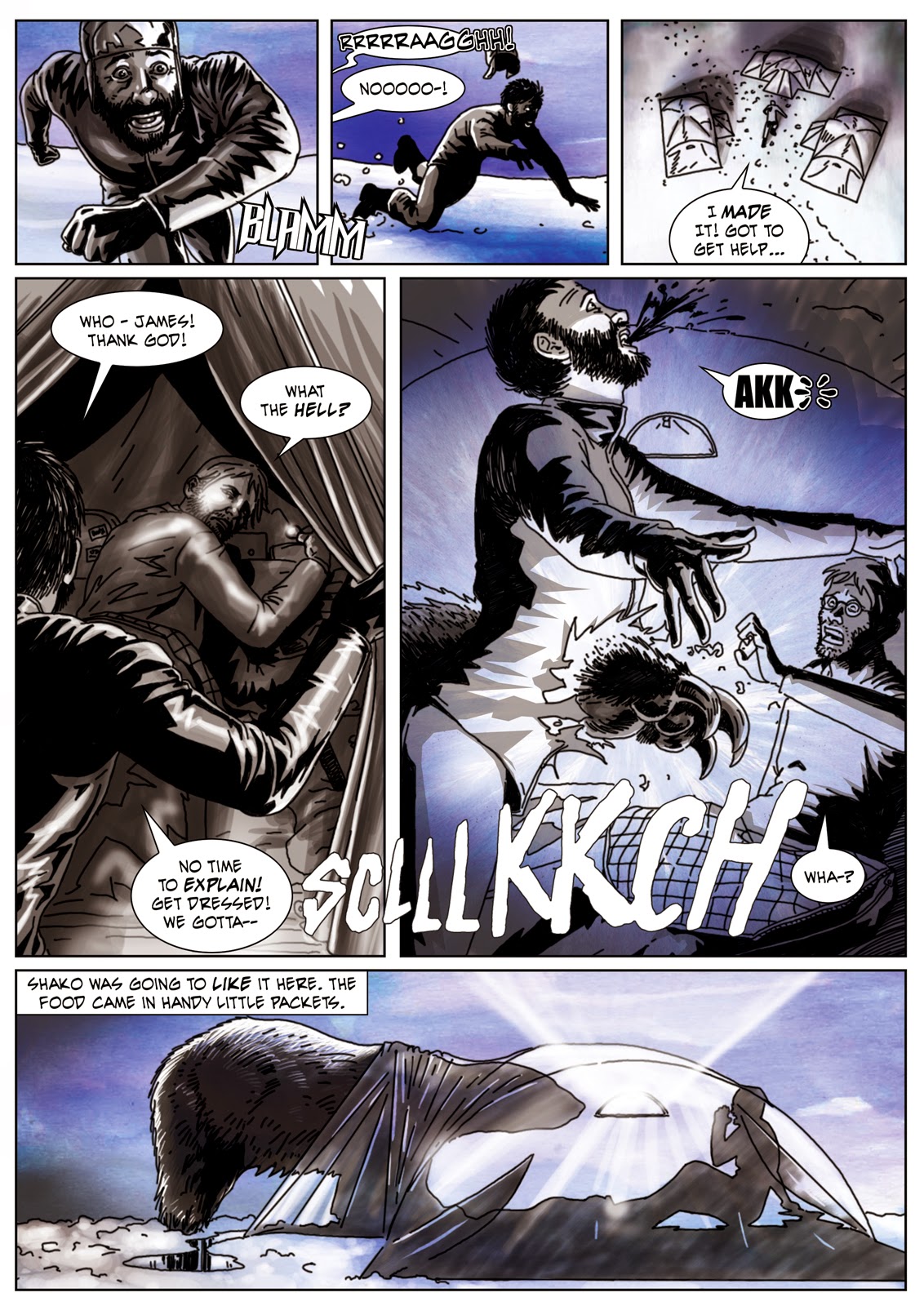 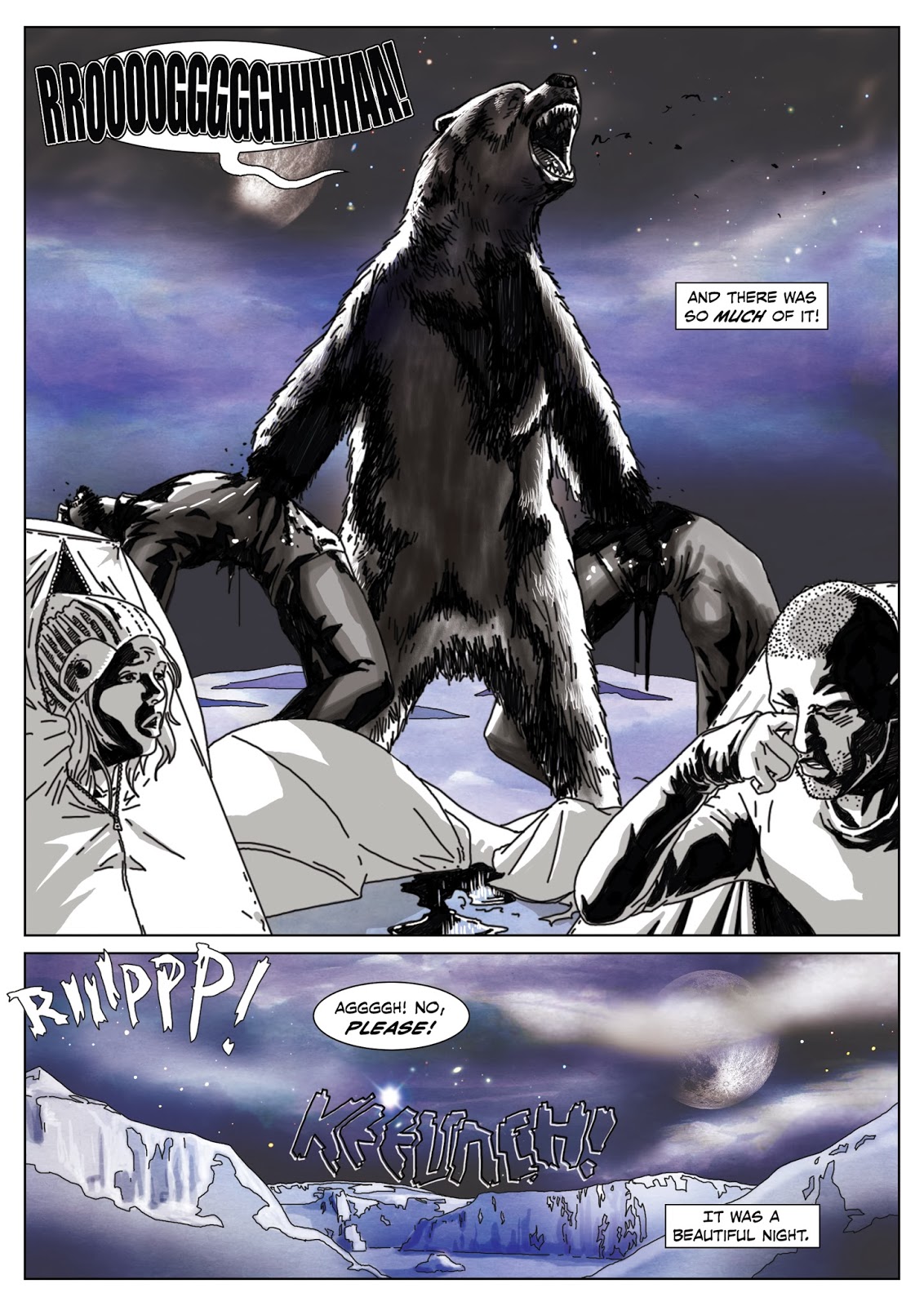 If you don't know who Shako is, he originally appeared in 2000ad's fledgling year of publication, accidentally swallowing a top-secret McGuffin and subsequently being hunted by CIA honkies, he cut a swathe of murderous man-on-bear destruction across the Arctic as "the only bear on the CIA's Death List!" and he was all kinds of awesome, but has latterly been viewed as a bit of a joke by grumpy old comics readers who don't want to admit they once loved something so silly and seek to pretend that 2000ad has only ever been a chapbook about unshaven gunmen smooching all the ladies.