One day I'll try lettuce, but not today 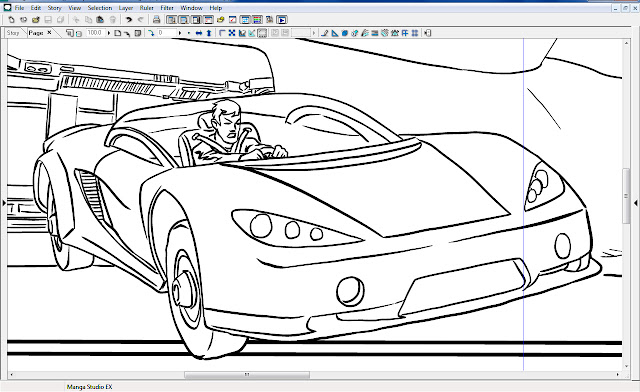 Today I applied a lick of undercoat to the walls of the back room.  It said "Eggshell White" on the tin and it only took about a half hour to do all four walls.  Afterwards, I sat back and watched as the damp areas of paint lightened in colour as time passed, though the strong smell of paint remained in the air as this happened.  Right after that, I watched Unfriended, which was considerably less interesting than what I had been doing up to that point DO YOU SEE?
Posted by Brigonos at 2/25/2016 08:32:00 pm No comments: 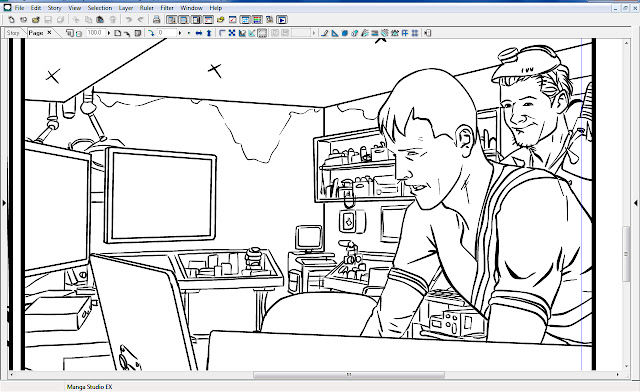 Jem and the Holograms is a film about some girls in a band called Jem and the Holograms, but it is also about one of the girls - called Jem - who looks at some holograms, so you know, this thing's got some layers.
The plot is that a video of teenage girl in her pajamas is put on Youtube and it gets loads of hits "for some reason" (one of the movie's most unrealistic moments is when we get a glimpse of the comments section of the video only to see it isn't full of men asking to see the girl's toes), and instead of being offered a job at a fetish website or taken into protective care as would happen in any properly-functioning democracy - America, you are a circus - she gets a music deal instead, and while she's in the big city feeling bad about having a music deal she makes friends with a miniature BB8 invented by her dead dad and after she solves some National Treasure-style clues (if the plot of National Treasure was engineered around places that could be shot within walking distance of the movie studio) BB8 shows her some holograms (because the film is about JEM AND THE HOLOGRAMS - do you see?) and this makes her feel less sad about having a record deal, so she gives a lecture about not letting life experiences grind you down to a venue full of people at least twice her age and then plays one of those songs that isn't quite pop music and isn't quite rock music and then the film ends apart from a mid-credits sequence clearly shot much later after the makers realised that their preview material was - to put it mildly - not going down well with their intended audience and they needed to be able to say they'd actually included something that linked back to the trashy camp of the source material, so in what must surely be the dictionary definition of "too little too late", they go to the source material only after the film is over and even then only because they have been forced to do so.
I usually like bad films, and to be fair to it, this is a well-made film with many competently-realised individual components such as make up, acting, and editing - but a shiny turd is still a turd, and I really didn't enjoy this very much.  What stuck with me was the concert at the end where Jem unloads about her white girl problems on a bunch of strangers, as all I could think was that those people had come to see something camp and silly and fun and be distracted for maybe an hour or so and they have to sit through this crap - no, I'm not going to say this is a paradigm for the film itself, what gets me is: what did those people think at that point?  They weren't in on the backstage dramas of the film's main plot, so what did that speech mean to them, exactly?  Statistically speaking, a lot of the women - and some of the men - in that room had been sexually assaulted in the past, possibly by family members, and they came to see a Youtube-famous girl do some pop music so they could get out of their heads for a while but instead of that they get "life experiences aren't so bad, really, you, like, can't complain and stuff?"  Anyway, the mid-credits sequence would objectively be someone in that crowd rushing the stage with a knife is what I took away from this, and for a film based on a cartoon, these are not the ideal post-movie thoughts that should go through your audience members' minds.
Anyway, the acting is good apart from Juliette Lewis - although I hasten to add that I am not actually criticising her, I just have literally no idea what she is doing when she's onscreen - there's a nice line of editing where they splice Youtube videos throughout the film without also doing that thing they have now where they overload the screen with information and text because internet or pause buttons or whatever, the music is good, and the whole thing looks nice, it's just that the actual script is a hot mess of stuff that really needed focus and to be one thing or the other.  In closing, they may have made an awful film this time out, but I would be really interested in seeing this production crew would come up with if they one day decided to make a Jem and the Holograms movie.