I only get naked for math 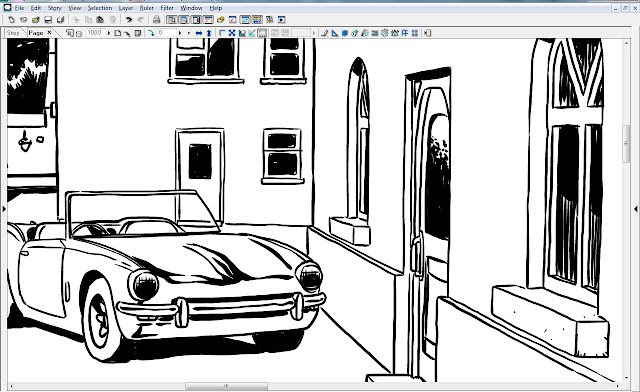 For some reason I decided upon reading SevenEves (or is it Seven Eves?), Neal Stephenson's 900-page science fiction novel that I have in my possession for some reason, despite it not containing any pictures, or battles between ripped truck drivers and post apocalyptic vampire hooker biker gangs, and as you know I require at least one of those two things in my entertainment or the chances of me making it to the end are touch and go at best.  I guess if Pewdiepie can review a philosophy book - even if it's only one written by beef fetishist and professional Kermit impersonator Jordan Peterson - I can probably impart my impressions of this, and I am pretty sure I can even get to the end of this review without endorsing far right extremism or exclaiming a racial slur.
SevenEves is about the moon blowing up and pelting the Earth with Moon bits and everyone dies OR DO THEY etc and then some people in orbit fight among themselves and then they go live on some Moon bits and gen-et-ik-ally en-gin-eer their kids because from the entire human race there's only seven women left - the Seven Eves of the title - and their kids become Star Trek races 5000 years later but some people were left behind on the surface and they weren't keen about their ancestors being left to die via flaming radioactive moon bits, so some disagreements ensue...
This was a very long and dry reading experience for me, and I had some nitpicks, but mainly I had issues with the long, long, long descriptions of technical stuff like orbits, and the disjointed nature of the overall narrative wherein there are three parts to the book, but the third part just jumps ahead into the far future with a whole new bunch of characters and settings.  It brought me back to my attempt to read a Tom Clancy book many years ago that I had a bit of trouble with because the Russian characters were addicted to eating sardines or something like that - the cold war was a crazy time for us all, clearly - and it seemed like there was very little by way of actual story, just walls of text so the writer could illustrate they'd done the research.
I think I only read this because it struck me as similar-sounding to The Wandering Earth, whose movie adaptation I recently watched, though there's not much in the way of similarity apart from the general apocalyptic scenarios and the notion of humanity's survival being a multi-generational endeavour.  The Wandering Earth movie was heckin-dumb-but-brief, and while I am sure SevenEves is very smart by golly it is a drag to read.  I can see the movie version being one of those non-linear narratives where the future stuff is intercut with the stuff in the present to spread out the dullness and create some cliffhangers, but as a linear exercise I can never quite shake the notion that the wrong characters were being followed by the novel, and that all the interesting stories - the survivors on the surface of a devastated Earth, the astronauts that resort to cannibalism as a practicality - were ignored.
Posted by Brigonos at 3/30/2019 07:55:00 pm No comments: 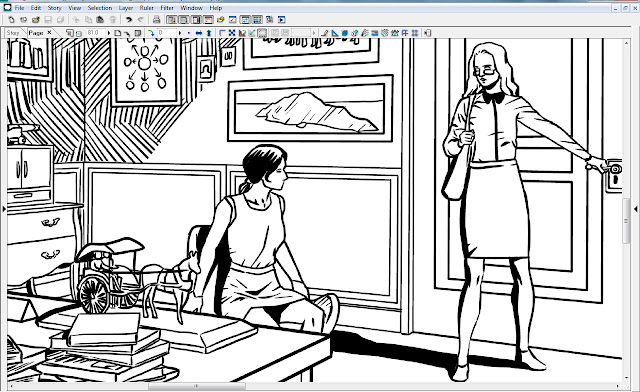 Even though it is a horrible website run by terrible people and has a comments section choking with pedophiles and fascists, I kinda love Youtube now - just in time for it to have been arguably replaced by Twitch or God knows what else is out there I am unaware of as a grown adult with other things to do, but hey I got there in the end.
It's pretty much solely responsible for my falling disastrously behind in my tv watching lately, as sometimes you just don't want to watch the biceps in human form of the Hawaii Five-0 cast pummel their lips around whatever random collection of vowel sounds the script algorithm has spat out for them this week and instead want to hear the dulcet tones of your man-crush explain the philosophical basis of democracy, or your woman crush explain the erotic appeal of lobster-fetishist Jordan Peterson, or the Donkey Kong trans rights activist what shit Graham Linehan right up to the point he's still moaning about it on Twitter a month later man talk for FUCK ME 1 hour and 49 minutes about why the BBC's Sherlock is a load of old cobblers - I mean he's absolutely right and it's good he took the time to articulate his reasoning and issues with it in words and all, but 109 minutes is...
Anyway I like Youtube is what I am saying, it is a great place to find content even before you get to the fact they have live performance videos of Alvin Stardust. 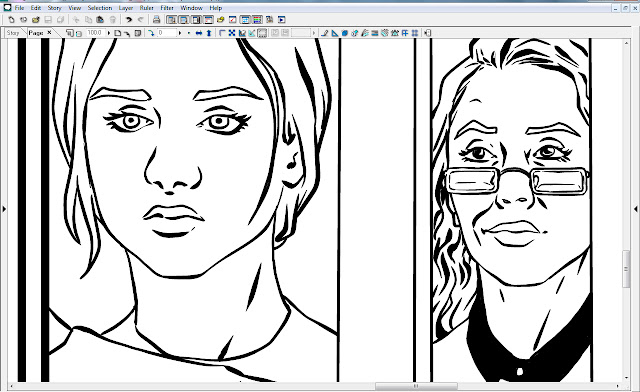 Jumanji: Welcome To The Jungle is probably best summed up by the fact that it is a film titled after a 30 year old hair metal song, or the scene in which the only female character whose explicit skill set is identified onscreen as - and I quote - "killing men" must impede a pair of guards somehow and chooses to do so by doing sexy dances and having close ups of her bum.  Is it even worth mentioning the character is supposed to be a school-aged child?  Eh, I started watching this because The Rock is in it, I don't know that I can be complaining about it being stupid, but sleazy is another matter.
It seems kind of thrown together, there doesn't seem to be any clear message or character arcs apart from "work together because is good", the antagonist is pretty underdeveloped, and it's a bit long for what story there is.
This is - as the kids of 1985 ITV programming say - "naff" stuff, though amusingly the title is so generic that not only has it already been used multiple times for movies and episodes of tv shows to the extent that I can safely say this is not the best film called Welcome To The Jungle, but The Rock was actually in a movie called Welcome To The Jungle in 2003, meaning this isn't even the best film called Welcome To The Jungle which stars The Rock.
Posted by Brigonos at 3/15/2019 12:18:00 am No comments: 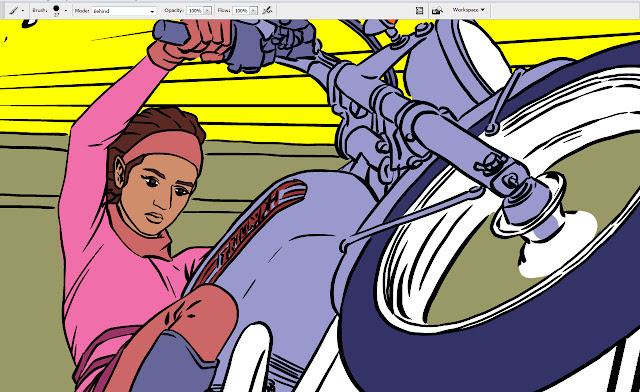 The Guardians is a 13-part dystopian drama series made in 1971 about Britain in the far-off space year of 1980 and was never shown in my neck of the woods (Northern Ireland) on account of terrorists being portrayed as no worse than the British state they opposed, a once-radical notion now sadly overtaken by reality in that the British state is usually far, far worse than terrorists - if only because ISIS don't make any bones about the fact they're going to murder you and at least have the human decency to not make you jump through months of benefits claims and sanctions to get you to the point where you'll walk under the wheels of a truck, they just fly your plane into the ground.
A couple of minutes of screaming and crying and then it's all over - I'm not saying I would definately vote ISIS over the Tories, but... actually no, I probably would.  I like the idea that once The Event comes to pass and we have to deal with our political classes once and for all, I want them going to their grave hissing and spitting at me all the way so I know I don't have any choice in the matter and it's them or me, which seems much more preferable to someone blubbing on their way to the guillotine like a baby and trying to bribe me to at least spare their kids and then I spend the next couple of decades only living so that God can make me suffer with the knowledge of what I've done and develop true fear for what judgment awaits me beyond the veil... which is likely how it'll all go down if we're being honest.  We'll hate ourselves for what we do during The Event, and we might even come to resent the happiness known by future generations because it wasn't them who paid the cost of it in blood and decades of nightmares, but it's not like we can change course now.
Anyway, I liked how the early episodes would wrong-foot the viewer by making you wonder who the show's protagonists might be, as people get bumped off after being built up more than the characters that actually make it to the final episodes, though if I'm honest it didn't convince me of the country-wide scale of the government's reign of terror, the titular Guardians never really presented as anything other than regular coppers who indulge in brutality, and we have those already.
I liked the downbeat, bummer ending where it all gets a bit theatrical and the only hope you're presented with is "if things get really bad after this point people might not stand for it."  HA HA HA I guess we'll see when we build the foundations of our future upon the literal bones of capitalists.

The Wandering Earth is a pretty decent mainland Chinese attempt at replicating dumbass Hollywood moviemaking like what Michael Bay does, and I know China is a repressive authoritarian state, but there really should be some limits to the kind of cruelty you're allowed to inflict on your population.

The story of an impending global catastrophe caused by an expanding sun which can only be escaped by strapping engines to Earth and driving it to Alpha Centauri, the film reminds me greatly of Armageddon both visually and in that for a while you can delude yourself that the movie might make good in the end and not pull anything too stupid out of its ass in the final stretch that makes you go "nope", and even though it does just that, this is essentially a movie version of Space 1999 except with Earth instead of the Moon so I probably can't act like I was expecting better than arguably the dumbest bit of big screen science I've seen in a long long time which in retrospect may actually be pretty ambitious in the scale of its breathtaking stupidity, but here we are anyway.
"Well if Earth is driving through space what happens to the Moon, then?" I hear you ask, to which I reply "you shut the fuck up."  This film is not for you.