You want that instant gratification of a knife attack 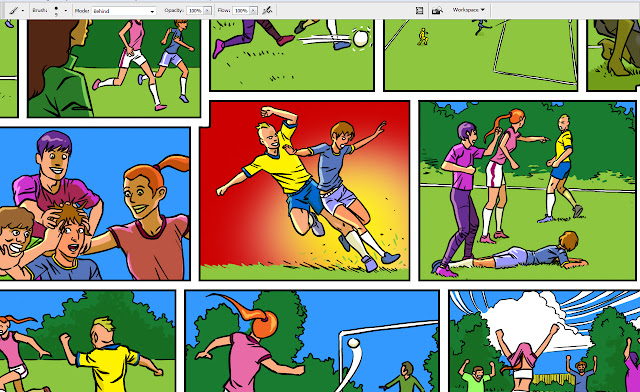 I done did see Avengers Endgame and Captain Marvel, in that order, and ah geez I sure wish the first big Marvel female superhero flick was a lot better than it was, but I didn't really like the character and the story was a weird mish-mash of tropes from 1980s cinema, only set in the 1990s and with a dreadful soundtrack.  The action scenes are also really flat, too, and some of the superpowered stuff later in the movie just seems nonsensical or perfunctory, like the aliens that fire enough missiles at a planet to raze its surface, but they fire them at the one spot rather than all over the planet at different places.
Avengers Endgame was much better, but I can't really tell you why as it's a movie about time travel and featuring evil doubles and zero new ideas.  I've got this sense that I should be feeling shortchanged by it, but it's the capstone on a decade-long run of good-to-great movies that have seen the superhero genre revitalised into a cultural juggernaut, so you know, I had a generous disposition towards it going in and it failed to annoy me even though I'm pretty sure its "nothing matters" approach to time travel is the height of laziness, not least because after establishing at length that nothing matters, it introduces a character who says actually what you're going to do does matter, and both versions of time travel rules are treated as equally valid.  Eeeeeeeghhhhhh
It delivers on the Big Ass Fights front, and at least one character who I have found utterly, bafflingly popular over the years the franchise has been running its course bought the farm in an underwhelming way, and for that I was quite grateful.  Although this is the second movie in a row where a lady gets chucked off a cliff and the movie compensates with a really contrived lady fight sequence in the CGI finale, which reminded me of those terrible tv shows and movies from the 1990s which thought they were breaking new ground with a lady protagonist doing kung fu on men and they'd introduce the character in a really obnoxious way with like a guitar riff or something while she jumps in from off-screen saying a painfully bad line containing the word "boys"*, even though female action stars were not only a staple of low-budget US action movies for years, but they were even regular draws in conservative territories like mainland China to the point they started importing them.  You do this kind of thing nowadays and apparently it's not cheap and tacky, it's a bold assertion of your creative vision, so basically the "overwrought female badass intro sequence" is the equivalent of having a synth score.
Oh fiddlesticks I'm rambling again - well anyway I did like Endgame but I suspect it was more to do with over a decade's worth of goodwill in the bank more than it was a perfectly acceptable entertainment product.

* which was - oddly enough - how they introduced Spider-Gwen in Into The Spider-Verse, a single duff note in an otherwise great flick.

A lady doesn't use her fists - that's what cars are for 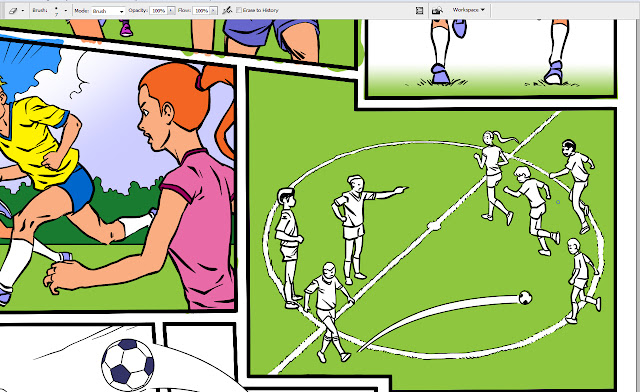 My quest to consume as little media from this century as possible continues with the collected Black Hawk: The Intergalactic Gladiator, a mixed bag of strips collecting all the appearances of the titular character from the Tornado and 2000ad anthologies and their respective annuals and specials.
The first third - reprinting the strips from Tornado - is the most consistent stretch of material, sticking as it does to the military career of the main character as a Nubian inductee to the ranks of the Roman Empire's military during its Western expansion into the British Isles, and it's fine if you like that kind of breathless historical romp, with some great art by the late Alfonso Azpiri.  Just as it gets into its stride, however, the comic in which it appears collapses and is folded into its distant cousin, 2000ad, where the strip drastically changes direction and becomes a story about a star-hopping gladiatorial arena in which all shapes and sizes of alien - drawn by the late great Massimo Belardinelli -  are pitted against each other in battles to the death.  After that, it retools again, only this time gets really weird, with the main character turning into a zombie Conan on a planet inside a black hole which is ruled by Satan.
I know this isn't well thought-of by 2000ad's "real fans", but this was my first go-round and I liked it a lot and even thought the final stretch where it goes completely off the rails was in keeping with the sensibilities of some of the pulp sci-fi I've read from the 1960s-1970s (though I grant you I have not read a lot), particularly the works of Roger Zelazny and Lester Del Ray that I've come across.
Like most Rebellion reprints of 2000ad material at the Judge Dredd Casefiles size/format, the repro loses some of the finer detail on the art and about 1/5th of each page is blank space.  It'd be nice to see this reproduced at something approximating the original size rather than this squashed-down version, such as has been done with Bella At The Bar,  a collection of the first year or so of episodes of the long-running drama series from the UK's Tammy, a comic aimed at 8 year old girls but apparantly written by communists and illustrated in a photorealistic style rather than looking like a cartoon as almost all comics for children now are.  Ha ha yeah just ignore any work in progress screenshots you might come across in this post.
I didn't think I'd like this tosh at all seeing as it doesn't have robots or lasers in it, but you can't stop reading once you get into it: Bella is a budding gymnast in 1970s Britain, so naturally there are few outlets for her talents and she is treated like dirt by her scumbag guardians who look like Biffa Bacon's parents drawn in a more realistic style than usual, and who hand out wallopings just as much as Biffa's mum and dad do.  First they work her like a dog at their window cleaning business, then try to monetise her gymnastic ability by selling her to a burlesque show - YES REALLY - which utterly disgusts her gymnastics coach who blames here for her own predicament and cuts her loose and trust me, by this stage it hasn't even gotten remotely as bad for the main character as it's going to get, because SPOILERS I poop you not, the book's idea of a happy ending is when Bella is literally head-butted into a wheelchair by her evil Soviet gymnastic nemesis and is then wheeled off in the final panel.  Life conspires to kick Bella in the nuts at every opportunity in the best traditions of British children's comics, and it's compelling stuff.
The book's - rather militant and clearly angry - writer Jenny McDade later went on to film and television work, which makes me happy, as the usual career path for female creators in the UK comics industry was either through DC Thompson where they ended up in humor titles which didn't feature creative credits, or they passed through the only other game in town, 2000ad, where they were dismissed by the readership of aging white men and ended up buggering off out of the business altogether despite contributing genuinely interesting strips like Medivac or Tao De Moto that weren't just yet another go-round on the seemingly endless carousel of stories about Nazis In Space or unshaven anti-heroes uncovering a conspiracy.  Artist John Armstrong is great, too, especially the way he draws Bella as someone who just walks about with one of her legs tucked behind her head now and then as one presumably did in the 1970s, or with her bottom lip permanently jutting out to give her depiction a perpetually confused look in response to the constant stream of setbacks she encounters.
Anyway, God knows what contemporary kids would make of this catalogue of misery if they were expected to read it, but thankfully, they'll never have to be traumatised by it as it seems to be marketed exclusively towards those aging white men I mentioned.  Which is a shame, really, as stuff like this might tempt kids away from the likes of Take A Break, That's Life, and Chat!, which - from what I have observed in passing - seem to be the pulp horror magazines of choice for young female readers these days.
Posted by Brigonos at 6/18/2019 03:22:00 pm No comments: 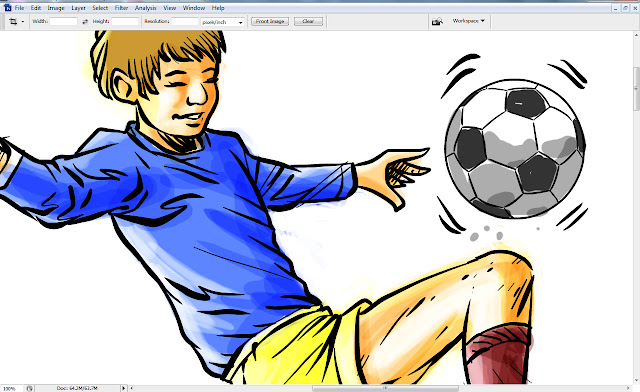 Designated Survivor is yet another politics show that gives fantasy solutions to real-world problems, and I found it funny that the show's solution to "fake news" was for the main character to announce that he was going to censor the internet and then he was cheered for this by a bunch of millennials, so if nothing else the show makes no bones about how its writing room is full of aging and reactionary white men, a fact that still escapes the many fans of The West Wing.
Telling the story of Keifer Sutherland's drastic miscasting, Designated Survivor followed the last surviving member of the American government after the rest were killed off by terrorism in a plot setup that likely sounds very familiar to the many fans of King Ralph, but after two seasons, even ABC decided it could do better and canned the show only for it to be picked up by Netflix, who apparently have more money than sense now.  The Netflix-exclusive third season of the show is... surprisingly good.
I mean, it's still utter fluff, of course, there's no chance of it suddenly becoming The Wire at this stage, but there's some interesting things done with the idea of corruption in high office that I haven't seen in other shows, like a direct equivalence being drawn between political and moral compromise, and while he seemed like the last person who should be playing the part in seasons 1 and 2, here Sutherland's air of menace actually helps sell the idea of a man willing to compromise himself to retain power.  He played so toothless and guile-free a character up until now that his turn to the dark side actually carries a bit of weight, and I was surprised after watching one of the earlier episodes to find myself genuinely disappointed in an unconvincing fictional character for the decision they made.  The politics still straw-mans a lot of issues, and socialist ideas are obviously verboten in an American show, but I liked that many of the show's "no easy answers" cop-outs were for once at the expense of characters until now portrayed as Mary Sues*, and that copping out with the kind of resolution you'd expect to see in any US drama is actually something which damages the characters in the eyes of the audience.
Lots of effing and blinding in this season, too - there's one pre-credits sequence that's just Keifer Sutherland taking a dump while doing a Rubiks Cube and then giving up saying "these things are fucking impossible."  More money than sense, I tells you.

* Yes I said Mary Sues uncritically - it doesn't stop being a legitimate critical term just because some Star Wars fans want it removed from the lexicon after internet man-babies used it poorly.
Posted by Brigonos at 6/12/2019 09:37:00 pm No comments: