He's lots of fun - weighs half a ton!

I went out and got some reference sketches and pics of the town for my long-delayed but now sadly inevitable attempt at a webcomic bafflingly set here: 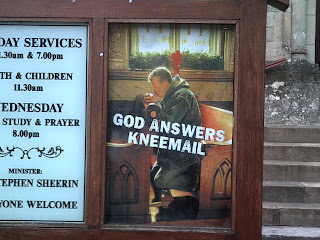 Haha - I love you, Cookstown. Don't ever change.
Otherwise still on drawing (and by extension blogging) hiatus thanks to pc-related difficulty and running out of stuff to do for the small press for the first time in several years, which is oddly nice as I get to play the mounting stack of games I haven't got around to, on account of when I gather my witsof a day, I usually have to go draw something even though it's three in the afternoon, I'm not long out of my bed, and - let's be honest here - I'm pretty hungover. Not so this last week, which has been pleasantly pedestrian.

Watching: oddly little, even though I have the time. Gerry Anderson's Space Precinct is an oddly maligned beast, though - no better or worse in terms of production than something like UFO (which I'm also watching), but the times had passed Anderson by and moved onto highbrow sci-fi like Star Trek: Voyager, so SP got a lot of stick for essentially being a kids' series. Not that I'd go so far as to call it objectively good or anything, but unlike its competition, it was loud and eventful, and did have its moments, like the Terminator rip where all the character deaths are averted thanks to time travel bollockry, or the episode with a huge spaceship that can't slow down - meat and potatoes sci-fi spectacle, really, and with episodic sci-fi that's pretty much all you want, annoying toy robots aside.
Also rewatching The Wire, because I had somehow forgotten how good it actually was.
Posted by Brigonos at 8/27/2010 11:59:00 pm 1 comment: 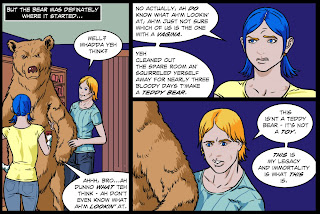 Sadly, not actually done with ABC Warriors as I forgot to letter the damned thing. Damn.
I don't mind lettering, though - I'm not terribly good at it so expectations are low enough that nobody shouts at me, but I'm not terribly bad at it, either.

Homework was a lot easier back then - history was a lot shorter. 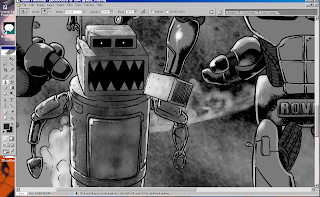 So long, ABC Warriors - you may have turned out in such a way I swear off drawing forever (again - these spells usually last a week or two), but it's good to get outside the comfort zone now and then and take a little spin around my own bloody inability to do even the most basic things on a page. Dammit.

Watching: my Nvidia driver crash repeatedly like the bitch it is, Rescue Me, UFO, Burn Notice

Listening: to late 80s/early 90s songs that are guilty pleasures and trying to decide which ones Glee will ruin for us next like they did Journey's 'Don't Stop Believing' - general consensus is either THIS, or THIS, but hope remains that they'll dash themselves upon the rocks by attempting to cover THIS
Posted by Brigonos at 8/19/2010 12:57:00 am No comments:

Sometimes I wish you didn't beat that cancer. I really do.

Labels: 002, Frank, obligatory daily post, poop or get off the pot

...he had never seen a creature lose so much fur and still live.

This war has been going on for hundreds of years, and we just now decided to fight it today. 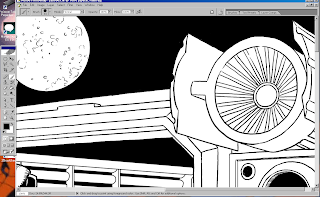 And yes, it's just a non-spoiler detail from an unfinished bigger pic that I still haven't got around to polishing off for the unconvincing reason of it being the weekend.
Normal drawing service to resume when arse is gotten off of.
Posted by Brigonos at 8/16/2010 12:53:00 am No comments: 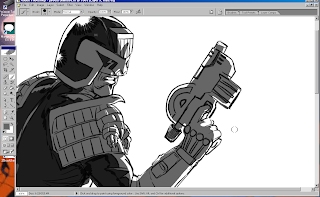 Curse you, 15 minute time limit for sketches! I haven't even finished the figure, never mind backgrounds.

More minor spoilers because I haven't been doing anything else today... 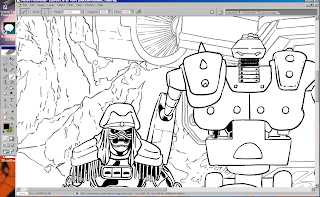 The dead! The dead walk the streets of Kalis! 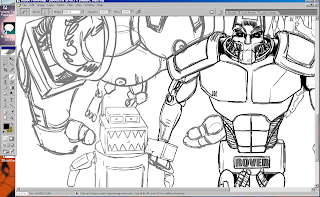 Dagnabbit - barely got scribbling today at all - I am just so. Damn. Knackered. - so I didn't get to ink some old sketches to fill a post and instead must risk minor spoilering to do a screen grab which might, if you squint really hard - I mean if you squint really really hard - might just be the beginnings of a racist impersonation of an oriental stereotype that you are inexplicably doing to your monitor. If you squint at the screen grab, though, you can probably discern why I don't put screen grabs of thumbnails up much - too far removed from the end product where I'll presumably have addressed Mongrul's wonky legs, how bland Hammerstein looks and his off-center head, how clean Ro-Jaws is, etc - a lot of editing to get done, and I'm still not done thumbing some background details and a couple of the other characters I just can't get looking right at all.

At least try to act white on television 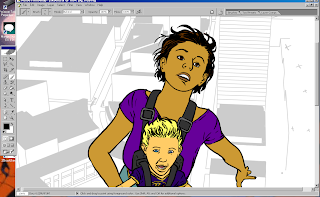 Cock. And lots of it. 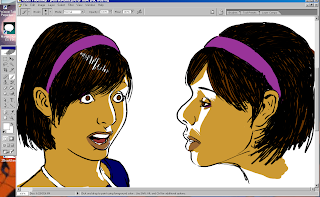 No ABC gubbins seeing as I'm on the last page of it and don't want to be spoilering anything, so instead screen grabs of a seemingly random nature...
Posted by Brigonos at 8/11/2010 12:13:00 am No comments:

Peekaboo - I kill you! 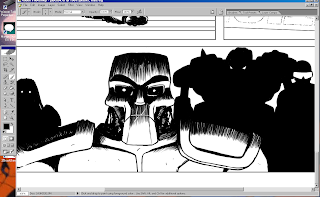 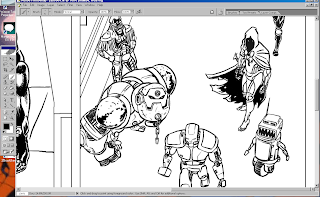 I hate drawing perspective so fucking much - almost as much as drawing robots. Today has not been good.
Posted by Brigonos at 8/09/2010 12:48:00 am No comments: 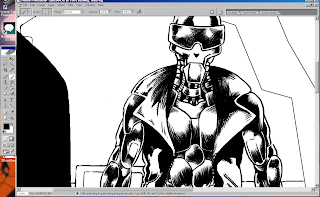 "He is thunder and wrath, fire and steel..." 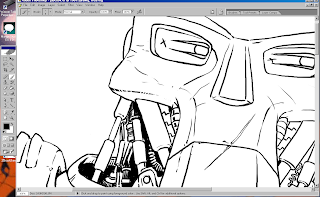 "I will re-calculate - your deaths will be indescribable!" 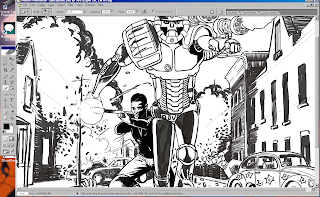 Okay, so the daily update plan seems to have taken a mild detour due to technical difficulties on some end or other (thank you, Plusnet, and your charming and helpful call center staff). But what the hell - since I gave up the booze I can't get out of bed before 1pm anyway and now I don't have internet (I am transmitting this update via the power of the human mind) the pressure's off and I can get back to some quality PS3 time.
In the words of many a slaughter victim: I'LL BE RIGHT BACK. Internet connection permitting, obviously.
Posted by Brigonos at 8/03/2010 07:58:00 pm No comments:

"There's not enough energy in these conductor rods to last a quartex!" 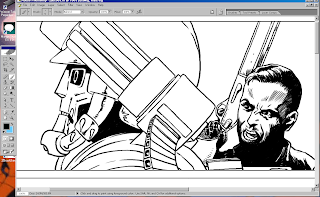