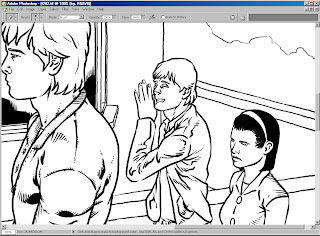 Slow day round these parts, so hit and run post time.  Should you want to watch the new Trek trailer where Captain Kirk does an impression of Joey from Lost In Space when he is made to feel inadequate by a black Enterprise that is much bigger than his, then feel free to indulge your armchair Freud: 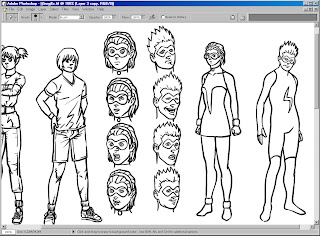 I have eventually come to the conclusion that Les Misérables is a terrible film, though it's only taken me about six viewings to do so.
Don't get me wrong, a watch is worthwhile as it is coming down with great material - fantastic songs, great cast, real gusto in the delivery even from the bawdy players like Sacha Cohen - but the source material saves it despite the direction which films every cast member at some point wobbling their chin open-mouthed like they're doing a goldfish impression (if I get a decent video file, you may expect a compilation gif), and at several points painfully misunderstands story, context, and the limitations of a theater production not being something a multi-million-dollar movie has to worry about so much as it has to worry about visual clarity and continuity.  The final scene's flag-waving also changes the meaning of the song being sung at the time from a celebration of forgiveness and repentance to a jingoistic revolutionary standard by dint of how the scene is framed and filmed.  It's all the more confusing as at several times during the film there are obvious changes from the original musical that shift the focus onto just these themes, then the visual direction jumps back to (literal) flag-waving despite that even the script spells out that the event portrayed is not a popular uprising but a failed student revolt, like it's trying to paint a picture of a bunch of George Washingtons and martyrs rather than disaffected middle class rabble, and like I say, the script more or less spells this all out for you, even changes things from the theater production to reinforce them, like the use of the Bishop instead of Eponine to act as Valjean's herald to the afterlife.
On the other hand, I really enjoyed the high standard of studio production on the songs, despite the odd choice to overlap several characters' lines at several points meaning you have to already know the story to understand exactly what is going on as it happens rather than just figuring it out later, Borat's scenes are all over the place in tone (the Master Of The House number suffers from far too much unnecessary slapstick and a bizarre French accent that of all the cast only SBC seems to possess in random scenes), some of the non-singing dialog is a bit unnecessary, and the "CRUNCH" during Javert's suicide is hilariously OTT, but the cast is generally fantastic, even Crowe, who seems to be getting it in the neck from some quarters, and the Marius actor who has huge lips and high cheekbones so I assume he is a model of some description that we are supposed to hate in our insecure man-ways, but bless his socks he sings his little heart out here and absolutely kills Empty Chairs At Empty Tables by playing and delivering as if he was a PTSD sufferer having a mental breakdown right there on the screen rather than just being momentarily overcome with emotion, and also plays some other less bombastic moments with an odd charisma, like the gormless look the rubbery-faced galoot sports at the start of the scene where Valjean comes clean about his past that slowly goes away as the penny drops that I cannot stop laughing at every time I see it.
I am sounding very negative, but that's just my way - top film.  Dodgy direction, but what can you do?  Directing a musical is essentially directing an action movie - John Woo famously credits his love of musicals for inspiring much of his Hong Kong-era visual innovation - and lord knows, we'll be here all day if I have to start grumbling about how no-one can direct action movies these days.
Posted by Brigonos at 4/15/2013 11:44:00 pm No comments:

I can't talk right now, I'm composing a strongly-worded email to my florist 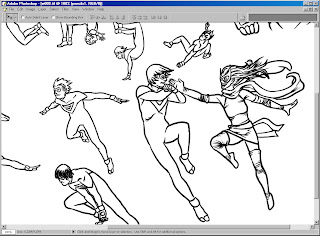 Okay, so I am probably not drunk enough right now, because this episode of Scooby Doo is basically about the characters attempting to break a cycle of hate and revenge by going to Purgatory so Fred can forgive his dad, there's even a character who comes right out and tells the tormented ghost of a Conquistador that he deserves to be free and "all can be forgiven".  Oh, and it is also a crossover with Twin Peaks.  Because of course it is.
Posted by Brigonos at 4/13/2013 01:08:00 am No comments:

That bastard was a saint. A SAINT. The bastard. 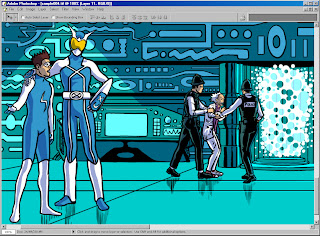 So I may have mentioned the Catholicism here on the blog - it's a real and unironic part of my life even if I'm as ambivalent towards the church as any sensible person should be when it comes to monolithic, rich, powerful right-wing organisations run by people who put themselves above the laws of man as a matter of principle - and I may have mentioned the living in Northern Ireland thing, and the working class thing - although I gather there are technically now seven rather than three classes, so just whatever the class is where you can't afford university but you can afford to eat regularly, that's what we were - so I guess it is probably expected that a Northern Irish working class Catholic might have an opinion on the passing of Margaret Thatcher: I think she is burning in Hell right now, and that's a hard thing to celebrate.  Unless you're a Klingon or something, and even then I'm pretty sure you're only happy if someone is burning in Hell if you're drinking wine from the skull you've just hacked off their body with one of those crazy boomerangs Klingons have after a lengthy fight where you've been shouting "kerplunk" at them because they don't just go around celebrating when they hear any old baggage has dropped off the perch otherwise the whole planet would be legless all the time.  Don't get me wrong, they're clearly not a people who have their shit together, but that is not how they roll.
So no, I am not particularly happy that an old woman is dead now as some seem to be - street parties in West Belfast, apparantly - as it basically just means more prayers than usual for her poor damned soul 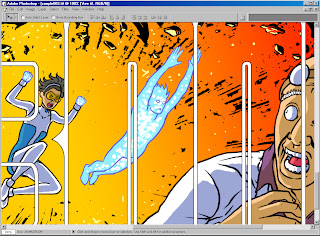 Took a chunk of my evening to read John Allison's lovely Bad Machinery: The Case of the Team Spirit collection of the first story arc from the spin off of the spin off from his first - largely unreadable - webcomic outing Bobbins, and I highly recommend it if you're looking for a good all-ages mystery.
Posted by Brigonos at 4/09/2013 12:55:00 am No comments:

ONWARD - to the micro brew pizzatorium! 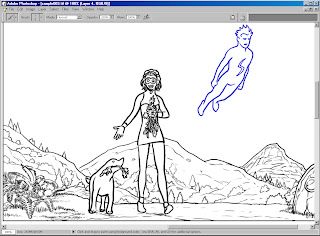 I started into watching Space Precinct again last week after giving up on the dreadfully dull Walking Dead halfway through an episode - to narrow it down for you, it was that one where they just talked in circles at each other for what felt like forever in between some splatter effects.  The last of the big model-based sci-fi shows, I honestly struggle to see why Space Precinct is considered any worse than UFO or Space 1999 bar the lack of any really innovative plots, and it's arguably helped by the actor-y bits being stuffed with bad writing that is indistinguishable from latter-day parody of sci-fi and/or cop shows to the point I think a tight edit of the average episode could enable it to masquerade as a half hour comedy, or Charlie Brooker could just bung his name on it as is and people would be none the wiser.  Until they started laughing.
Once you settle into the flow of things, though, there's the odd decent episode in there even if a lot of it is completely barmy and illogical in that way Gerry Anderson's live action shows usually were, but it sticks to it's schtick of cop show tropes in a sci-fi setting doggedly even when it makes no internal sense: like the two-part finale being a traditional "end of the world" sci-fi plot the lead coppers have to foil and their captain says "Do you buy this man's story about intergalactic conspiracies?" and their captain is a effin' alien with eyes on stalks and he's looking out the window of his office in a space station at the time - I mean, I'm not reading this scene wrong, am I?  In this context this character cannot simply say "intergalactic conspiracy" as a baseline mark for something only a nutjob would believe, because from his point of view as an alien who is also a policeman who works in space, he is just talking about organised crime.
Some of the high-concept episodes are remarkably well-paced, and the viewer reaches the same conclusion at the same time as the characters do, despite being aware of sci-fi cliche in a way the characters are not - in the time travel episode, for instance, there's no hint of time travel or even time travel tropes until relatively late in the episode, and the episode with a cloning subplot has a similar eureka moment for genre-savvy viewer and stock genre character even if it does leave you with an unfortunate moment of fridge logic when you cotton that three babies are murdered during the course of the story and no-one seems to care.
I do love the theme - maybe not as iconic as UFO or Space 1999's opening fanfares, but it's hysterical and screeching when sci-fi tv themes at the time - and since - were ponderous orchestral arrangements, and married to the patented Century 21 THIS EPISODE montage of all the action scenes from the upcoming slice of retro-futurist cheese in the title credits that is so damn good that it was one of many things Battlestar Galactica stole in its entirety without an ounce of shame - and who can blame them?