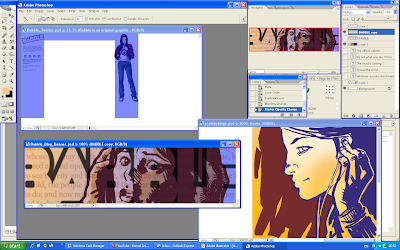 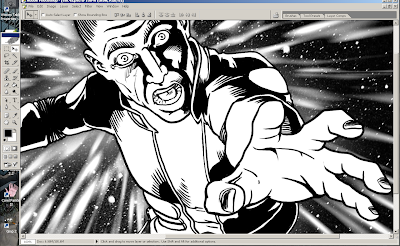 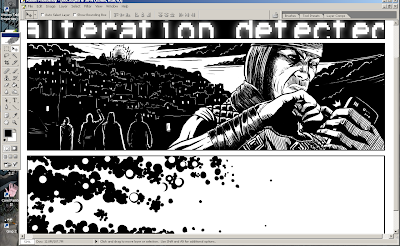 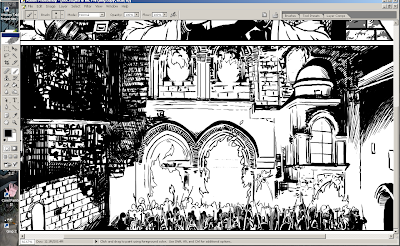 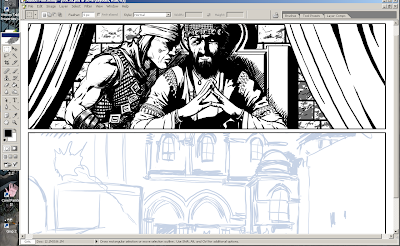 Ah, bollocks to the research. 13th century muslims should really have taken more photographs for my convenience, but in the absence of access to their Myspace galleries, I'm just going to go with what looks vaguely right.
Watching: Secret Life of the American teenager, You Have Been Watching, 10 Things I hate About You, Rescue Me, Weeds, TMNT S5, Galaxy Rangers, Smackdown
Listening: A Perfect Circle, Tori Amos, Stabbing Westward, Motorhead, GO!GO!7188
Posted by Brigonos at 7/23/2009 12:29:00 am No comments: 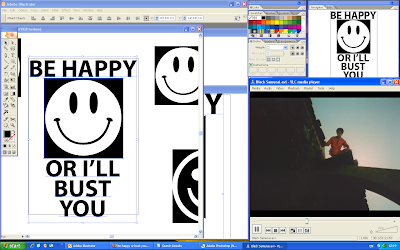 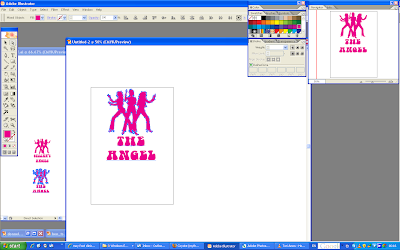 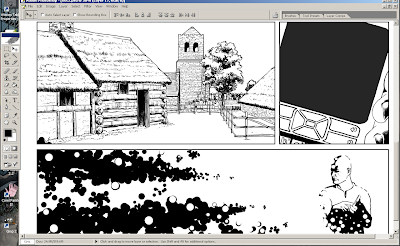 Watching: Race To Witch Mountain, Virtuality, The Philantropist, 10 Things I Hate About You, Secret Life of the American Teenager
Reading: Dredd "Bad Manners"
Drawing: Medieval villages and Kirby dots
Posted by Brigonos at 7/19/2009 11:48:00 pm No comments: 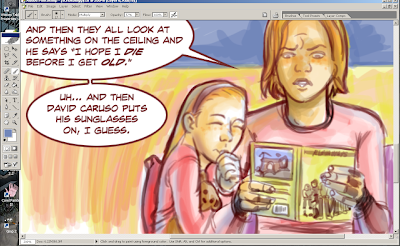 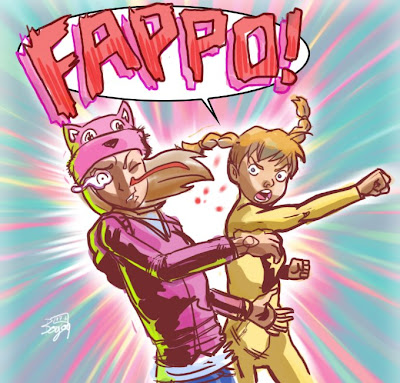 Sketching the height of reasoned debate between Marvel anklebiters Molly Hayes and Katie Power as they discuss who's cuter - in fact I'm pretty much sketching anything at all that doesn't have a deadline attached. Some days it just ain't happening and you need to just doodle to remember why you like drawing in the first place and not sweat mistakes or whatever. Time enough for deadlines when the OGN has to be drawn.
Watching: 10 Things I hate About You, CSI Miami, Dark Blue, Hung.
Reading: Marvel Heroes, 2000ad, Star Trek Crew
Listening to: Perfect Circle, Big Lebowski OST
Posted by Brigonos at 7/17/2009 11:59:00 pm No comments: 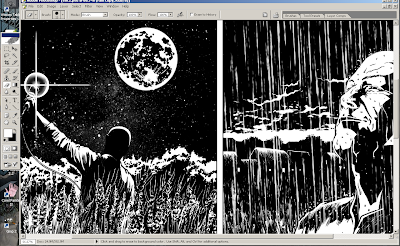 Long day at work and I barely got the chance to scribble anything once I got home, which is unfortunate, as the graphic novel pitch I and the barely-literate Lee Robson submitted to Insomnia has got the thumbs-up and I'm gonna have to manage my time a lot better to produce the goods.
Watching: Daria, Rescue Me, Secret Life of the American Teenager, Hung, Tomico Hero RF.
Posted by Brigonos at 7/17/2009 12:34:00 am No comments: 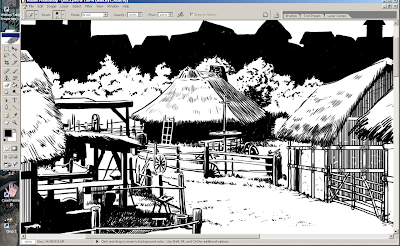 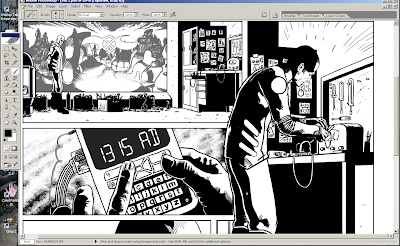 Scribbles again. I'm noticing major problems with my inking, but lack the necessary attention span to go and fix them through study. Much gnashing of teeth with the usual artist problem of feeling chuffed at finishing a piece, but the feeling lasting all of three seconds before you step back and only see what you've done wrong.
I can only learn as I go, though, and I can take solace that I've improved quite a bit from the first clumsy attempts at comics artwork nearly five years ago with the abominable Pony School and Love Is Hell for FutureQuake Press, for which I still consider every subsequent thing I've drawn for the imprint to be an attempt at recompense for what can objectively be considered to be utterly, utterly awful work that I may never live down.
Watching: Daria, True Blood, Tomorrow Never Dies, Kamen Rider Decade
Listening: Journey, O' Brother Where Art Thou OST, Ramones, New Found Glory, Donovan
Reading: Nation, Annihilation: Conquest V2
Posted by Brigonos at 7/14/2009 08:44:00 pm No comments: 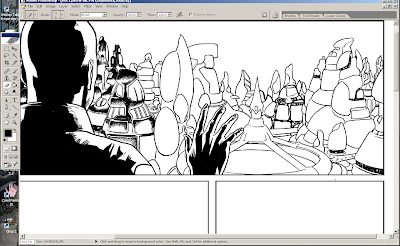 What I'm doing: playing Fallout 3 and watching Daria. Also drawing a long overdue strip for FQP, slowed by my not inconsiderable problems with digital inking to a damnable crawl.
Posted by Brigonos at 7/13/2009 10:15:00 pm No comments: 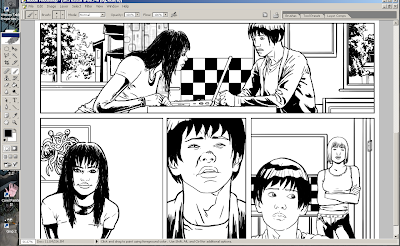 Happy fun time in Cookstown as the bangers and firecrackers begin their seasonal barrage that'll last for the next few months. Gotta love marching season.
Finished off talky heads page. It suddenly occurred that if I could stay away from looking at pictures of illiterate cats on the internet or going off and playing videogames for all of five minutes, such a page only takes a few hours to run off, rather than half one day, half when next I can be bothered.
Watching: Daria, Royal Pains, Secret Life of the American Teenager, Harper's Island - called the killer after all.
Posted by Brigonos at 7/12/2009 11:35:00 pm No comments: 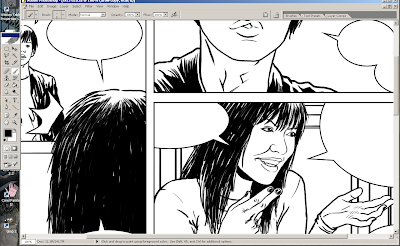 Ahhh, talking heads - how I've missed drawing you: LIES.
The consequence of doing comics, I suppose - characters gotta talk somewhere. Rainy, rainy day today, watched the shit out of some Daria, wrasslin', some Sister Streetfighter, GI Joe, Space Battleship Yamato: but mostly spent it laying on my bed playing Fallout while my brain gently wept to know such simple pleasures as relaxing while shooting the heads off giant radioactive scorpions because they just aren't going to shotgun-decapitate themselves.
Posted by Brigonos at 7/11/2009 11:47:00 pm No comments: 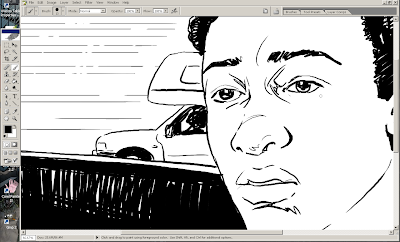 Thang gawd! 12th weekend and that means a few days off work next week during which I intend to sleep late in a manner I haven't since summers in high school. I may lose a day somewhere from sleep alone - I don't care what Lemmy says. I love sleep.
V busy day at work today. Not much drawing or fiddly photoshopping done.
Watching: Torchwood. And that's all. Not much telly today.
Listening: Erasure greatest hits, Eddie Vedder, Tracy Chapman
Reading: Batman, Muppets, Amazing Spider-Man Annual
Posted by Brigonos at 7/11/2009 12:16:00 am No comments: Girl, you know a Cheer Crip can't be hittin' it with a Cheer Blood 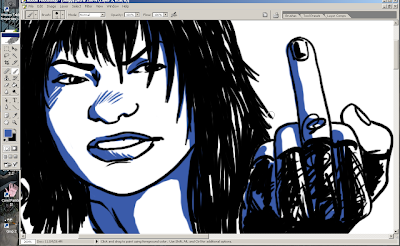 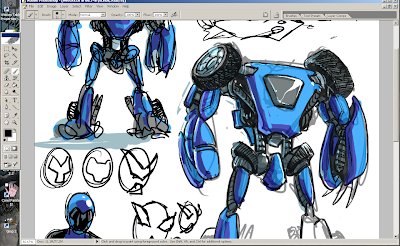 Today: workin' late.
Hot. Knackered.
Also sketching, but it's pretty aimless as I catch up with my viewing, mainly:
Torchwood, Daria, Brak, Mahou Shoujotai, Kabuto (again)
Can't draw robots! Thinking I should knock this drawing lark on the head until I get some vishyool edumaction.
Also lettering up some thumbnails for writer approval while I get stuck into drawing up the actual strip. Should have made time for that today, I suppose.
Posted by Brigonos at 7/08/2009 12:16:00 am No comments: 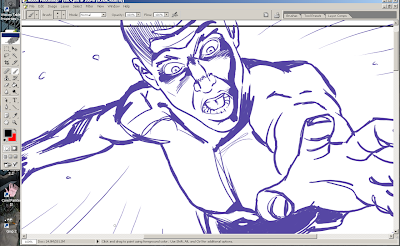 Just watched Watchmen, and my main complaint is... not bad. Misses the point on so many levels in slavishly recreating the tropes and idioms that the original comic book deconstructed, not least by introducing newer superheroic tropes created by modern cinematic interpretations of the genre, such as the body-armor costume and 'normal humans as superhumans by way of slo-mo and wirework' fight scenes, one of which - the prison dust-up - was clearly meant to be whitey one-upping Old Boy's memorable "1 man, 1 hammer, fifty thugs" hallway fight, but Snyder is just so addicted to multi-angle slo-mo and technology doing all the work for him that the scene merely serves to make the original look better in all it's lo-fi glory. You could argue it's a microcosm for the Watchmen movie's problems as regards being an adaptation of an original work, I suppose.
It's pretty soul-less and shallow, and that's the problem - it's neither good nor bad enough to be entertaining, and any fun to be had comes from having the recognition-buttons pushed rather than any new insight or a better interpretation of the material or themes - the ending especially is too much the makers trying to have their cake and eat it, because this is inherently silly stuff that's only ever as serious as it's treated by those making it - a giant blue man with no pants who's going to kill us all is just as silly as a space-squid from Dimension X.
A solid 'meh'.
Posted by Brigonos at 7/06/2009 12:14:00 am No comments: 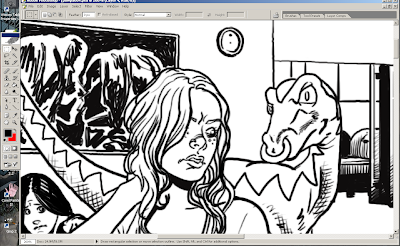 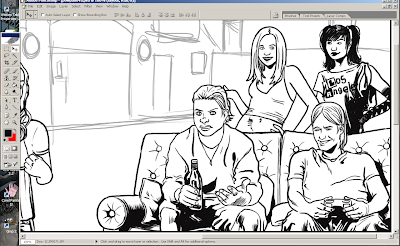 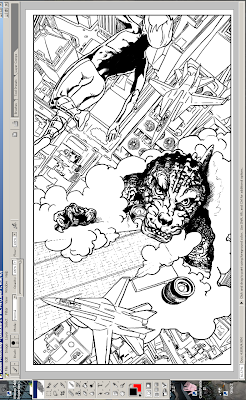 Day off work today, so I caught up with some potential submission material. Now we're into the early evening and it's time for gym, shower, lots of gaming and then a vague notion of actually finishing up work I've promised to other people.
Kidding - that shit's gettin' done, yo. 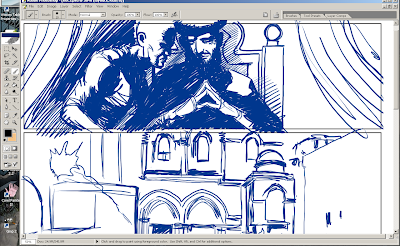 Hmm... Trying to break out of my comfort zone and learn to draw new things on demand, I'm beginning to think I've bitten off more than I can chew with a short story for FutureQuake Press about a time-traveller trying to destroy organised religion, as by page three I have to draw Abu ‘Ali Mansur Tāriqu l-Ḥākim, who's an 11th century caliph and imam, and it only occurred to me while thumbnailing the pages and seeking out reference that some things - such as devout muslim leaders who discourage the creation of images of their likeness - might be hard to find visual reference for, as might the Church of the Holy Sepulchre before it was destroyed in the 11th century. Ah well - this must be where that 'imagination' thing I've read about comes into play, but I don't think it'll catch on.