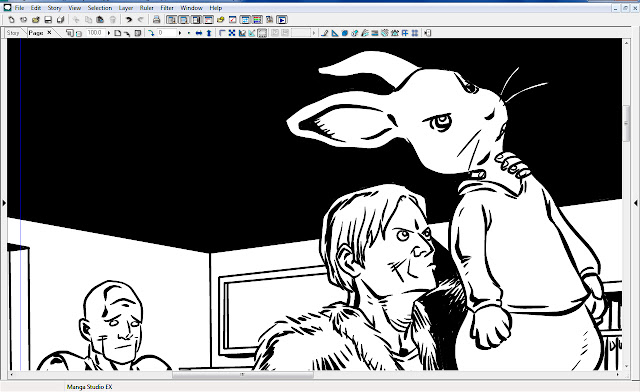 If such things distract you, it may come as a surprise - to me especially - that it's not laziness that stopped me updating the blog lately, I just kept forgetting to do so.  Whoopsy.
Still, it's probably for the best that I update infrequently, as the world of the web already has plenty of people telling you how terrible Under The Dome is, so the vast majority of what I post is redundant even before I do so.  I'll try to remember to keep the cobwebs off my little corner of the web as best I can, though.
Posted by Brigonos at 8/31/2015 11:11:00 pm No comments:

You know how much I hate the Russian people 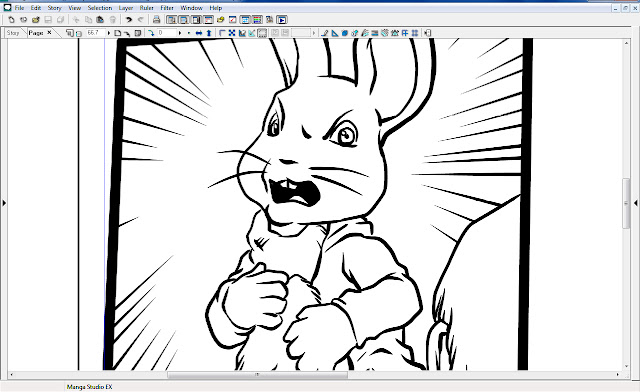 Been watching the first season of The Odd Couple remake, and boy, Matthew Perry is just terrible in it.  To be fair, the scripting isn't exactly Shakespeare, but even so, Perry is usually much more emotive and engaging than this, particularly in shows like Mr Sunshine and Go On.  His delivery here seems to be him talking loudly to his co-stars like they're a bit hard of hearing, and I can't help but think he'd be better off finding a character to play rather than just flatly and loudly saying his lines.
Also been watching Scream: the Series, the tv version of the original self-aware teen horror movie, and good for the producers for not letting the fact that the world has moved on considerably in the years since Scream first appeared deter them from rehashing material that is now incredibly dated and irrelevant.  I like that someone has told them words like "hashtags" and "trending" and they clearly do not understand what these words mean in practice, though someone on staff makes a good fist IRL by putting up relevant hashtags onscreen during scenes in which children are stalked and murdered such as "#runrileyrun", which is in no way a sign that our civilization deserves an apocalypse.  I did laugh at a scene which hinged on a character explaining to someone that storytelling narratives had moved on and evolved, which is funny in itself in the context of Scream: The Series, but he continues to explain that videogames feature some of the most innovative storytelling of the last decade and cites The Last Of Us as an example - while waving at a bunch of Xboxes, the one console on which The Last Of Us will never, ever appear.  It's this kind of ineptitude in recreating the world of teenagers that makes Scream: The Series fail to convince even before getting to how unoriginal it all is.  Shows like Pretty Little Liars and 90210 have trod these paths with more confidence and conviction, and the videogame references are unfortunately more apt than I think was originally intended, because this is the tv equivalent of shovelware.  A good thing for those involved, then, that it airs on MTV, where the bar is not so much low as nonexistent.
Posted by Brigonos at 8/25/2015 11:31:00 pm No comments:

You sure do talk funny 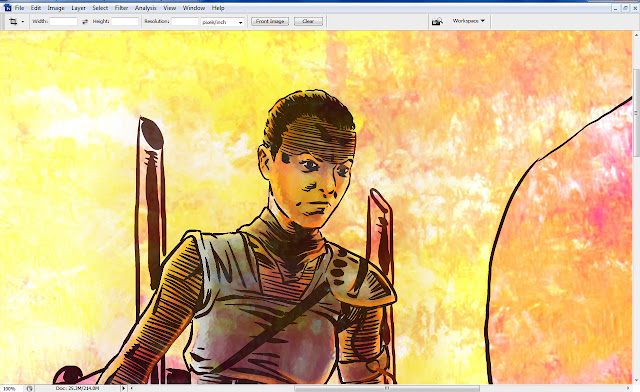 Don't mind me, I'm just surreptitiously slipping back into the blogging while nobody's looking.  Not a lot been happening around Chomhgaill Way, but some deadlines for stuff approach with more alacrity than I find to be ideal, so it's back to the routine of draw/screengrab/fill a blog post with waffle at some point in the day - until Fallout 4 drops, naturally.
It was the last Aqua Teens last night and I almost don't want to go grab it from the web and watch it because once it's gone, it's gone forever.  Ah geez... it wasn't exactly the most regular thing in the world, with some seasons being over a year apart and when they did appear, they were only about ten episodes long, but that show was a big influence on me, showing that you could do stupid and funny rather than stupid or funny.  I will miss it so...