Your pain is a gift. My pain is just painful. 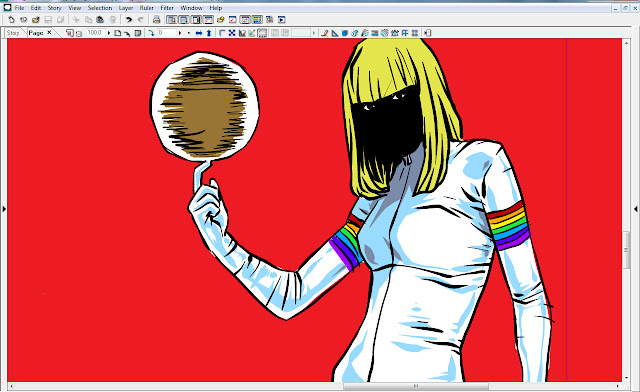 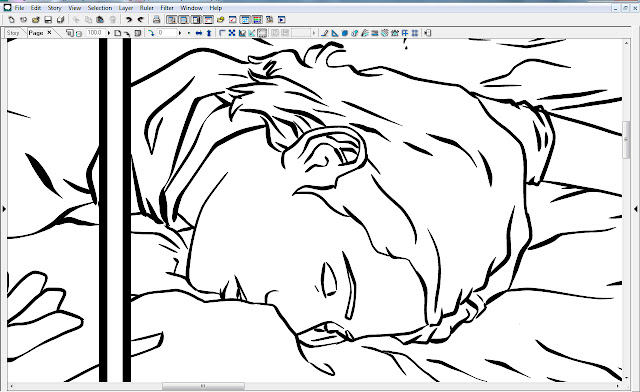 "I know, I'll retreat into the past in order to escape this hell future we have made!" says me, and no, I don't mean I've snapped and sought to build a time machine, I mean I decided to watch older films and tv shows for a bit so that I might avoid the constant harping on about division that seems to occupy every tv show now in what I am slowly coming around to thinking is a paradigm shift in our culture that is likely coming two decades too late.  Sorry, next generation - maybe you'll like being born with asthma and paying through the nose for dirty water, I dunno.
So into the past I go with The Intruder, a William Shatner joint where he plays a hate preacher spreading racial tension under the pretense of being on the side of local working class townsfolk.

You know, sometimes I wish history had given us some warning how the future would turn out.  Just any kind of heads up about what to be wary of.
Anyway, this is an actual sequence from the film:
(William Shatner as Adam Carver addresses a town rally)
"And you know what they're saying that means?  They're saying... that you all don't give a darn whether the whites mix with the blacks because you didn't fight against it.  Well I say, how can somebody fight what he doesn't see?  They kept the facts away from you - they cheated and deceived every one of you!  They filled your heads with filthy lies and kept you in the dark so that when you finally do wake up..?
"Why, we're sorry - but it's just too late!"
Now... I'm associated with the Patrick Henry Society, which is an organisation dedicated to giving the people the truth.  What I'm gonna tell you... is gonna make your blood boil.  Because I'm gonna show you that the way this country is gonna go depends entirely and wholly and completely on you!
Now you all know that there was peace and quiet in the South... before the NAACP started stirring up trouble.  But what you don't know is that his so-called advancement of coloured people is now and has always been a communist front headed by a Jew who hates America and doesn't make any bones about it, either.   Well the commies didn't waste a second - they knew only too well, friends, that the quickest way to cripple a country is to mongrolise it, so they poured all the millions of dollars the jews could get for them into this one thing: desegregation!
They went to the courts...now Judge Silver - who is a jew and is known to have leftist leanings --
(man in crowd)  Who says so?
THE RECORD SAYS SO.  Look it up - Abraham Silver for one thing belongs to the Quill And Pen Society which receives its funds indirectly  from Moscow!"

So yeah, this whole "retreating into the past" thing is not going well so far for your old pal Brigonos.
I'll explain the Seven Degrees Of Kevin Bacon that got me to this film: I was doing one of my periodical dips into The Twilight Zone and the short but prolific life of writer Charles Beaumont popped up and I came by mention of the films made from his screenplays or novels and once I clocked the name "William Shatner" in the credits for this, that was pretty much 90 minutes of my future accounted for.  I suppose it's fascinating to see how little populist rabble rousing has changed in the 60 years since Beaumont's story was published, Carver's speech being a hodge-podge of rhetoric ranging from white supremacism to liberal conspiracy theories about interference from Russia in Brexit.  I normally scorn Horseshoe Theory as lazy thinking, but how such familiar talking points slip so comfortably into the trappings of wildly different political agendas is just so maddening when you know full well that 60 years after Charles Beaumont sniffed this stuff out as bullshit it's still being peddled uncritically by all sorts of actors.  I suppose now I have to read the novel.
Posted by Brigonos at 4/14/2019 11:55:00 pm No comments:

Labels: It was this or more Robocop episodes 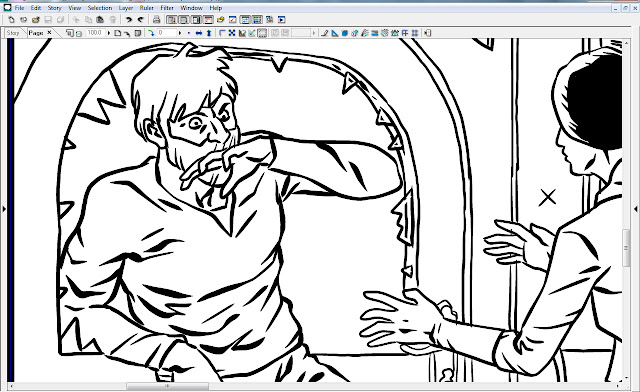 Quite why I still watch the centrist and often overtly racist trash show Madam Secretary is beyond me.  Best described as The West Wing For People Who Hit The Wine 90 Minutes Ago, Madame Secretary follows the ex-head of the CIA as she fulfills her new role as Secretary Of State, and most stories revolve around the problems caused by her simply being too good a person for her role despite the fact she used to run the CIA and Jeez, I don't know what to tell you if you think running the CIA is a morally neutral occupation.  Along the way, she creates fictional solutions to real world problems and at some point Hillary Clinton and Madeleine Albright show up as themselves to talk about the importance of representing the entirety of the American political spectrum and this is a thing that really happened in the show it's actually quite amazing.
The Enemy Within is also trash, but it is a handsome production with a handsome cast often terribly under-served by the material they have to work with - Morris Chestnut played the smug private coroner (sure, why not?) at the heart of Rosewood, aka Capitalist Quincy, and he's a charismatic guy, he can absolutely pull off better material than this.  Ditto Jennifer Carpenter, aka Dexter's sister, but also a pretty good co-lead in the Limitless tv spin-off.  TEW is rote stuff that some salaried scriptwriters clearly knocked out in their sleep, but it fulfills the role of animated wallpaper most capably for those of us watching at work.
I also watched Rise: Blood Hunter, which is a movie about vampires starring Lucy Liu and Michael Chiklis.  That's it, that's the entirety of my review - whatever conclusions you have drawn from my description, trust me: you're right.
Posted by Brigonos at 4/05/2019 03:21:00 pm No comments: