You're confusing "delayed gratification" with "laying in wait" 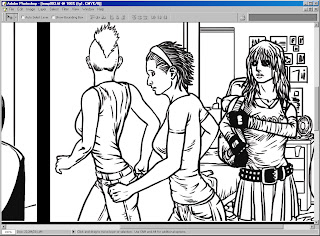 I won't lie to you, Internet.  I am watching Galactica 1980 as I type this.
I don't know what it was like watching sci-fi anywhere else in the world when you were young, but here in Northern Ireland, it was pretty much repeats of tosh from the 1970s like that Dukes Of Hazzard one with the robot, Battlestar Galactica, Buck Rogers, maybe short bursts of UFO or Space 1999 here and there - it was generally pretty barren in terms of genre fare, but for some reason Galactica 1980 was a popular show among my peers, but not the first season.  I am reasonably sure this was due to a combination of the flying bikes and brain damage.
Posted by Brigonos at 5/28/2013 03:42:00 am No comments:

I knew it - I'm surrounded by Assholes. 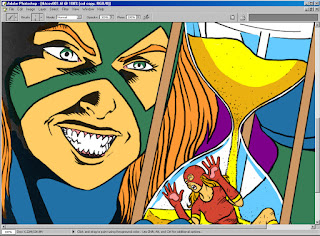 Listening to Mel Brooks' interview with Mark Maron, a richness of experience bubbles from the man I had assumed a stumblebum both in front of and behind the cameras - here was the man who made the dreadful Men In Tights, after all, but I didn't know he was also an uncredited producer on films such as the remake of The Fly, or Elephant Man, the latter he describes in throwaway - but I think telling - terms when the notion of him directing it at the time was dismissed almost before it came up: "I couldn't do it, I'd painted myself into a corner... I was the comedy guy" and yet he saw the potential in it and even took a gamble on pushing David Lynch as the director.  Throughout the interview, Brooks comes off as someone whose pursuit has always been entertainment rather than just comedy, and he's very good at it to the point he does it without even trying over the course of two hours, from tales of his current routine of visiting with dementia-suffering colleagues to giving fair credit to Gene Wilder for the majority of Young Frankenstein's worth, to taking time to mention how proud he is of his son.
Oh yeah - he's also the guy who made Young Frankenstein, so there's that.  And fuck ALL Y'ALL, I love Spaceballs and have done since I was a kid, but even I thought better of watching Dracula: Dead And Loving It when it came out but I thought I'd give it a shot now I was in a more forgiving mood.  No getting away from it, it's not a great movie, it's hit and miss.  It's got some really dreadful jokes ("daymare") but some real laughs here and there, even if just from consummate performers like Leslie Nielson, who I gather was happy enough that his career only took off in his latter years when he started playing as his own straight man in comedies, but when not doing the slapstick stuff here, I think he makes a pretty menacing Dracula even if he's clearly trying not to, like when he minces off after telling an usher she isn't getting a tip and his delivery is a natural bitchiness rather than the exaggerated Jewish caricature you'd expect of the central role in a Brooks production.  Some of the crude stuff like Dracula's Brides seducing Renfield goes too far to make the film entirely suitable for an audience of children, and the odd bit of mugging to the audience took me out of it, but it was well-played and oddly good-natured compared to similar modern films of the Scary Movie/Meet The Spartans ilk.
Posted by Brigonos at 5/25/2013 12:34:00 am No comments:

If Jesus had a gun he'd be alive today 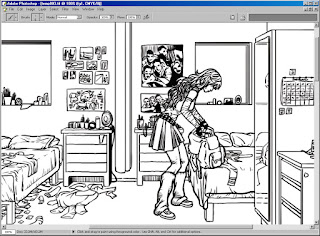 I am reasonably certain that boozing all day and then going to see Fa6t and Furiou6 6: Die Furiou6er is not the only reason I ended up enjoying it immensely.  It's full of action scenes outside the general remit of fast cars going fast while dudes punch each other's fists, and prizes being ludicrous over making a lick of sense.  It's a throwback to the style of action movie made in the 1980s and 1990s that I enjoyed greatly as a child but probably did serious damage to my brain and bless it's little cotton socks, Furiou6er is absolutely determined to do the same kind of damage to an entirely new generation.

The action scenes are quite lengthy, but unlike Star Trek Into Darkness, you're waiting for the next standout moment of silliness to occur within those scenes rather than stuck watching one silly scenario drag on too long, so it held my attention a lot better than Trek did.
Lots of favorite bits, from Vin Diesel looking like Naughty Bear every time he's called upon to display emotion, or Vin Diesel not just head-butting someone but taking a running jump to do so and literally putting the man through a wall, the Rock interrogating someone by using him like a club to smash up the room they're in, Rock declaring "let's go pay CCTV a visit" and he really does mean that he is going to pay a visit to the man in charge of all CCTV in London, a music video London street race where people drive around on two wheels while women in bikinis - well, it is tropical London, after all - dance while hanging out of the windows, all English women wear Catholic schoolgirl uniforms, "handguns are illegal in the UK - she bought it from a pawn shop", a character hopping on a plane to LA and infiltrating a prison where he's attacked by violent murderers and which takes up about 40 minutes of screen time and he comes back to Vin Diesel to be told that the information he obtained is completely unimportant, people having a fistfight on the roof of a car that's hanging off a rope attached to a plane, Vin and Rock tag-teaming a guy to death, a tank chase whose payoff is so ludicrous I balk at describing it, and a scene where the characters actually pray to God and his son the baby Jesus to thank them for fast cars.  The tank chase should be a brilliant setpiece, but the way it just rolled over cars that had people in them and left them flat was a bit of a downer to an otherwise great sequence, creating an unnecessarily grisly undercurrent to a film that in my opinion should have stuck to being a fun and silly romp, as it is very good at doing that.
Posted by Brigonos at 5/23/2013 01:53:00 am 2 comments: 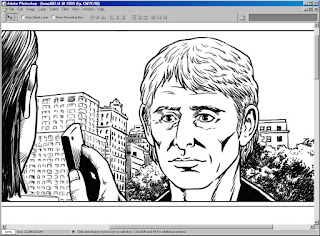 Saw Star Trek Into Darkness, and while I enjoyed it on the whole, I didn't like it overall as much as the first one, felt it was about a half hour too long, and the whizzes and bangs got really boring by the end so even with Khan 911-ing San Francisco with the Evil Enterprise I was wondering when it would get entertaining again, and then it was just over.  Still, as remixes of Wrath Of Khan go, it was certainly one of the most expensive.

Speaking of things that are just over, Arrow finished with a Dark Knight rip-off... well, end as you start, I suppose.  Even the abominable Smallville had Green Arrow unmasking and copping to what he'd done because it was the only way to engender trust between "the public" and a self-appointed elite of posthuman vigilantes (a scene ripped off from Iron Man, admittedly), while Arrow eschews this acknowledgement of the elephant in the room of any secret identity-based superheroic work serious about putting a po face on things to disguise that it is essentially a childish story and instead reverts to the 8 year-old white power fantasy myth of a super-rich white dude who clandestinely murders dozens of people because he considers himself above the law and will have revenge for what was taken from him.  He also spends a season chasing his tail because his dad would rather play Pictionary than write "AND HE WILL PUT A DOOMSDAY WEAPON IN THE SUBWAY TUNNELS HERE" in his revenge diary, much as he will neglect to put "OH AND YOUR MUM WAS IN ON IT WITH ME".  It's a show that hand-waves sensible questions and generally advocates a fascistic and cowardly view of the poor as all that's wrong with the world, and I am not sorry to see it go.  It'll be back - the bad ones always come back.
Dr Who also ended this past weekend, on a daffy and excitable note.  There was running around and people going AHHH HIGH STAKES a lot, and it was generally business as usual, but business as usual for the Doctor is usually good fun, if a bit mid-Atlantic in its sensibilities - I don't think anyone can really view it as a British affair anymore.
I found out that Thundercats was cancelled - DANG - because the network that aired  it got an offer from Lego to co-fund an identical-but-Lego-themed and licensing-free series called Legend of Chima instead.  DICK MOVE LEGO.

Your mother is a spy and a woman - she will know. 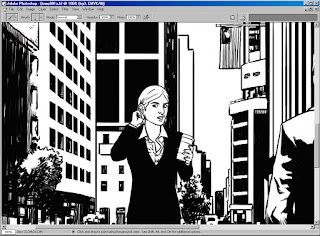 I have a backlog of things that have to go up on the blog - even my virtual living space is a cluttered mess right now.  In the meantime, I gotta post something, prove I'm still alive, and in that spirit, I'll metaphorically hold up today's paper by recounting the last episode of telly I watched, which was DaVinci's Demons, some sort of historical revisionism thing where they try really hard to turn the Maestro into an action hero to the extent they portray him as a womaniser and that whole gay thing was naught but the underhanded slander of his - oddly effeminate - enemies.  Haha - you probably think I'm making this up - but no, this is really a television show made in 2013.
Also Defiance, a tv show made to tie into a videogame in yet another attempt by SyFy to achieve ephemeral relevance on the smallest amount of money possible, not realising that the last time they did this and succeeded they ran frightened from the influx of fans and cancelled the show that was successful.  This is also what they did the time before that, and the time before that.  Success frightens and confuses science fiction people, best to just keep airing reruns of Buck Rogers in the 25th Century, if only because that show is fantastic.

But I don't mean to speak of thirty year-old plots, unconvincing effects, wooden acting and embarrassing dialog, I was supposed to be talking about Defiance... oh whoopsy, I don't suppose anyone will believe that was an accident so moving on, I enjoy Defiance regardless, as it's pretty much identical to Terra Nova in setup, only it seems to know what it's doing with itself, being very akin to Buck in its execution but with lots of references to hookers and space drugs because, you know, this is much more mature and gritty and stuff, and will really convince women to watch the show rather than dismissing it offhand as camp geek shite that oozes the impression that all involved couldn't do better in their respective jobs, so now they are here making television for shut-ins who like to wank off to images of sexy alien girls.
Posted by Brigonos at 5/14/2013 01:33:00 am No comments: