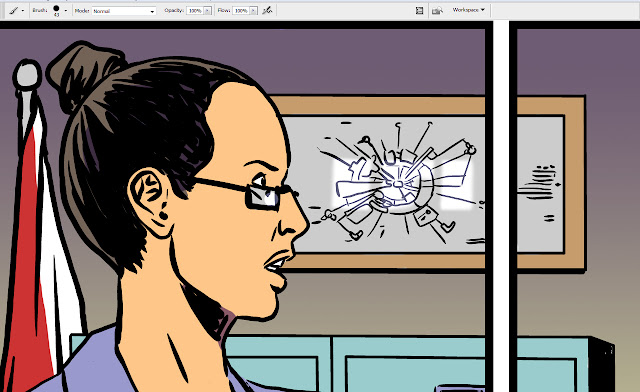 Aces Weekly stands alongside The Phoenix as a UK weekly you've likely never heard of because it's not clogging up the shelves of your local Smiths, as they've circumvented the supermarkets' protection racket on magazine placement that killed the UK comics industry and have used alternate circulation methods based on subscription and digital distribution, and to cut a long story short, my longtime writing donkey Lee Robson has (probably) compromising pictures of Aces Weekly publisher and proprietor David Lloyd and has used them to strongarm him into putting us in the book.

This is quite fortuitous, as Chuck Norris' lawyers are insistent that I do this instead of that graphic novel I was planning, so in a nutshell, Velicity Jones: The Devil's Breath is a 1960s-set pulp caper in the style of  Lew Grade's ITC shows, which is not even remotely the smallest niche I've produced comics within - heck, it's not even the smallest niche in UK-based spy comics with a female protagonist I've produced comics within - and will for some reason be appearing in a title that until now has featured comics royalty.
I have literally no idea how this has happened, but here we are.

I'll go unlock the kids and make us all breakfast 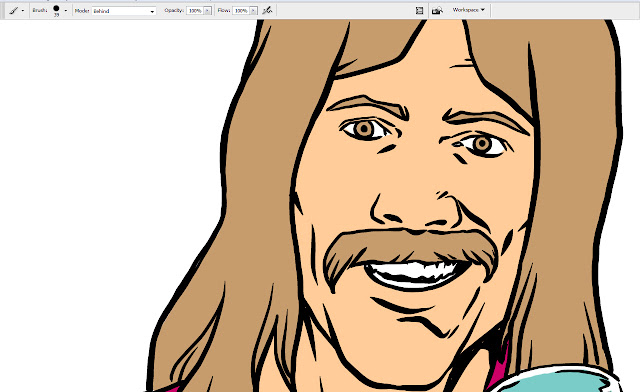 Currently putting the finishing touches on The Declassified Chuck Norris, an unauthorised graphic novel biography of the flamboyant self-hating homosexual icon and renowned head-puncher whose contribution to the Cold War can finally be revealed across 80 full-colour pages.
When not working on my next lawsuit, however, I am watching the enjoyably terrible Prison Break.  There's a bit in one of his stage interview dvd things where Kevin Smith describes first reading the Superman Lives script and asking if they could get back the money they paid to the writer, and that kept coming back to me while watching Prison Break, as there are a lot of moments in this where I thought that it felt like the writer just threw some stuff together, called it a day and cashed his check.  It tries to be tense and clever, but it's mostly just ludicrous and lazy, with arcs sometimes petering out before never being explored again, stories changing tack for no discernible reason, and at least one character who gets on the bus because the writers have literally no idea what to do with him that won't cost them outraged viewers, but put in a nutshell, he is a black man who is screwed by US healthcare to the point his child nearly dies and he's forced into suicide.  The writers, brainwashed as they are by the demands of US television's Calvinistic disdain of any criticism of capitalism, are forced to simply make the character go away without any real resolution, despite his being a main character for the past two years of the series.  "Didn't he take two women hostage?  Don't Rico laws make him complicit in several murders and rapes?  Didn't he attempt to steal five million dollars and admit as much in front of the pregnant cop he kidnapped?" are all very good questions you can ask to your heart's content, but this show ain't answering.
Away from the horrible mistake of trying to make sense of what I as a viewer am presented with as supposedly being internal logic, season 3 didn't seem to up the game much - not unless you count the knuckle-biting levels of racist stereotyping in its depiction of South Americans as some sort of positive - while season four is so far a show that does not feature prisons or escapes from prisons, but might feature a break (in) of some sort down the line, after we get past this sort of sub-Mission Impossible caper show it seems to have become now.  I have burned through this quite quickly, and apparently there's been another season recently made after a ten year break in production, so I'll probably burn through that, too, but so far I have to say that this show is utter bunkum, though it's nice seeing Wentworth Miller and Dominic Purcell (both of whom I only know from the DCTVU shows like The Flash and Legends Of Tomorrow) doing something other than pantomime camp.
Posted by Brigonos at 7/14/2017 12:21:00 am No comments: