Those rape analogies don't always work, but that one's right on the money 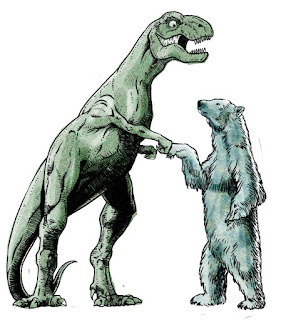 Prompted by the debate about the attempted gang rape of a backing character in the pages of DCs Sword of Sorcery, I dug out the old Amethyst: Princess of Gemworld issues to check out the attempted gang rape (by goblins) from the first issue that everyone seems to be throwing up as a shield against criticism of rape, because, you know, rape needs to be defended from liberals, apparently, and it's clear that a lot of these armchair apologists haven't actually read the original series, otherwise they would not have stopped with just the one rape attempt and might have gone further to point out the multiple rape attempts in issue 2 while the (13 year old) protagonist is tied up and being molested by her kidnapper while they travel on the back of a robot tiger (yes, really - it is probably some clever metaphor I do not comprehend), or the cover of issue 3, which has the young heroine looking terrified as an erect pink serpent rears up between her legs and stares intently at her breasts, which does not even remotely resemble anything within the issue itself.
Naturally, I ordered the DC Showcase edition immediately, as this is a comic I cannot give to younger relatives quickly enough.
Posted by Brigonos at 9/24/2012 08:47:00 pm 1 comment:

I can't find the remote and I refuse to stand up 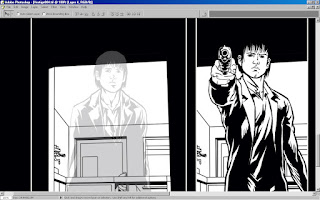 There's this bit in Fallout 3 where - if you are playing through the game with a character who is a total jerk - you're asked by slave traffickers to abduct a child for them to sell, and carrying out this mission was pretty much the only time I've felt dirty playing a videogame until I was trying to get into the phenomenally popular Gears Of War saga and got put off when I made the horrible mistake of looking up on the web why there weren't any female characters in the games (and just to make me doubly warm and fuzzy inside the comics where a lot of this was expanded upon and spelt out without any real challenge or moral condemnation was the top-selling comic book on the shelves when it was published).
And so to Duke Nukem Forever, where topless ladies are torn apart from the inside by alien babies while Duke slaps titties growing from the walls to literally boost his ego (it's an actual game mechanic) and the whole level (and the next) is soundtracked by wailing women who sob for death because saving them is old-fashioned and offensive, so you murder them instead to make the game easier because if you don't, their babies will burst out and try to rape you:

I read books without pictures and you think Two and a Half Men is funny... there's no chance. 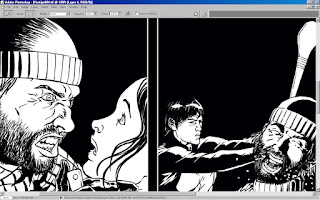 Just back from watching Dredd 3D, and while it's a decent thriller, it's not a classic action flick, nor a great adaptation of the source material, though it is an effective and economic realisation of the main character even if it moves the goalposts to make Dredd more of an outright heroic figure, portraying as it does he and the Judge system as an overtaxed and reactive response to the collapse of society instead of the effective and omnipresent mechanism of oppression and containment it was in the comic until recently (it seems to have been rebooted to fall more in line with this movie version).  Here, the numbers are against Dredd, with crime so fantastically widespread that only 6 percent of that which is reported can be responded to - in this light, Dredd doesn't look very fascistic, he looks like he's an agent of the only viable authority struggling to rebuild and maintain society in difficult circumstances and doing his best in a losing battle against crime, and as such as a character and a narrative device loses a lot of the inherent commentary about a streamlined judicial process, which is a shame as Karl Urban gets it spot-on, he really does, as Dredd is a nothing character with no development, he just is.
The script - in my humble opinion - takes a couple of mis-steps, like when Anderson is kidnapped and we get the usual references to forced sexual acts and the film genuinely feels like it's derailed from this point, that it has meandered into extraneous plotlines about a drug lab and crooked judges, neither of which add a single thing to the story to the point both could have been excised entirely and it wouldn't have impacted the narrative, as one character takes a bullet to the gut in the drug lab sequence and yet it impairs them not one iota later, nor do they grab a fresh gun or ammunition from their fallen enemies during this same sequence to use in later scenes despite this being a plot point directly commented upon around this time in the film.
But these are niggles.  Niggles about a mid-budget action flick that does plenty right, particularly the mid-1970s aesthetic that I think would have benefited tremendously from a soundtrack by John Carpenter instead of the Skrillex-style stuff it has going on to compliment the plentiful music video slow motion.  I'd certainly give it a recommendation to anyone who could tolerate a thriller rather than go see Brave or Moonrise Kingdom on their next jaunt out to the picture house.
Posted by Brigonos at 9/11/2012 01:12:00 am No comments: 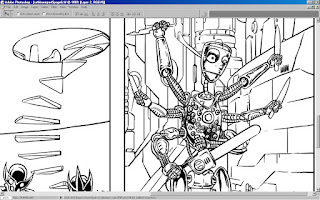 Robots today, serial killers tomorrow as I try to get the ledger cleared so I can go back to drawing bears mauling people.  Which may or may not be quite therapeutic, but is still how I like to spend my time.
In other news KITTENS