Like any other form of government, it's got something to do with young men killing each other 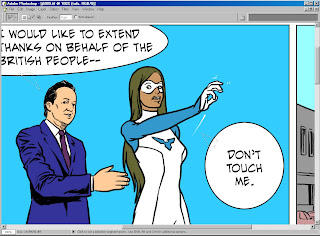 Crap on you, dodgy likeness!
I think I did well lasting the 10 minutes of Atlas Shrugged that I did, as this was some pretty high-falutin' brainiac stuff that went over my head to the point I couldn't understand it at all and had to call it a day, like the notion people should be paid what they're worth and yet (1) for some reason this is a very bad thing when applied to working class people and (2) no-one seems to question that this is one of the central rabble-rousing tenets of national socialism, only redressed by... well, it doesn't seem to be redressed at all, it just seems to be saying rich white people are worth every penny and if they decide to stop banking and politicking the whole world will come to an end because it revolves around them.
Anyway, I lasted 10 minutes because of the stodgy dialogue that makes no-one sound like a human being, and the "near future" setting where there are newsboys selling papers on streetcorners because papers are a primary news source is arguably doing the film no favors either unless this is meant to be a timeless stodgy allegory in which case it would help if philosophically it wasn't espousing the rationale of the schoolyard bully chancing their arm by holding their breath until they get what they want.  I like Mercy's Taylor Schilling and I like Defiance's Grant Bowler, but this does neither any favors.
Posted by Brigonos at 7/31/2013 02:10:00 am No comments: 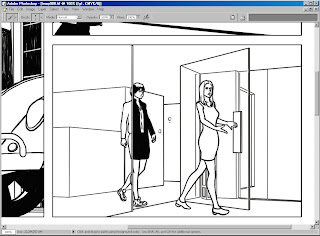 Being a social drinker, I have long known the entertainment value in poking the bear for amusement, but there is always a line in the sand that starts from the idea of basic decency and ends in the notion that no-one wants a smack in the face, and if you are a regular reader you will hardly need telling that I say arsehole things on the web all the time, but I'm not going anywhere and I use my real name - albeit on the blog and Twitter I do so with that crazy taig spelling that makes me look like a mental fenian even more than my occasional statements to the effect that "that there Catholicism, I do that and it's not so bad" does - so I like to tell myself I'm a bit better than certain types of human slime that have popped up on the news recently making cocks of themselves on this here interconnected network, because I am a firm believer that being an arsehole on the internet is a privilege, but it is not compulsory. 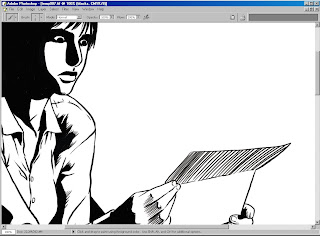 The action hero in the exclusive company of men - proving himself only to his peers and eschewing the acts of weakness necessary to appeal to soft, emotional women - was held up in various forms as the epitomy of manliness in the environment of the 1980s action film to the extent that there are no women in Rambo 3 to soften his brutality and force him to display emotion, but that's okay because it is ultimately a film about the consequences of violence as the language of men.