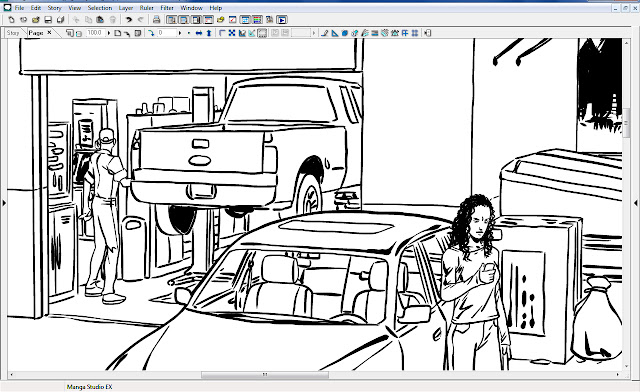 Having nothing better to do with my time, I am trawling through yet another mammoth series I barely understand on account of I am always at best one step ahead of my own ignorance and inability to grasp nuance.  Thus the charms of Second Foundation, the third or fifth novel in Isaac Asimov's Foundation series are probably largely beyond me, devoid as the book is of fart jokes or swordfights.  A game of two halves, the first part of the novel is about some telepaths second-guessing each other until one of them declares victory but then "HAHA FALSE MEMORIES" and it turns out they didn't win at all.  This continues for some time, even into the second part of the book, which is about a precocious teen searching for the titular Second Foundation and thinks she's found it until "HAHA FALSE MEMORIES" again.  To be fair, this is actually appropriate to the themes of the book, which explores the idea of a colony of telepaths manipulating events on a grand scale via obsessive long-term micromanagement of seemingly unimportant people, which creates a nice juxtaposition between the great conceit at the heart of the Foundation novels - that a macroscopic overview of history past and future called The Seldon Plan has been constructed - and the given caveat that the vagaries of individual lives and choices are largely irrelevant in the greater scheme of things.  There's an inference - through the pivotal importance of the actions of individuals followed by the book and how they interact with each other - that this is possibly not true, and that the Seldon Plan is a long con on the wider galaxy, its creator's true work being the creation of telepaths who would manipulate events into something arguably better than the cyclic rise and fall of empires that leads to lengthy eras of depression.
I'm probably missing loads in the text as usual, but I enjoyed the overall experience.  I thought the change to proto-YA novel territory was an interesting swerve for a series that - three books in - has been pretty consistent (though not exclusive) in front-and-centering older males in its overarching story, and thought that the mix of chases and twists probably make it the most film-friendly of the Foundation books so far.
Now in the public domain and available for free download to your tablet or smartphone, The Scarlet Plague by Jack London is a post-apocalyptic tale that I checked out on account of its seeming similarity to A Canticle For Liebowitz.  There's some overlap in the basic premise, but unlike Miller's eons-spanning tale, London's work concentrates on a single group of characters in the year 2072.  Originally published over a century ago (in 1912), it's obviously dated a bit, but still holds up surprisingly well to a contemporary reading, with London's version of the future seeming to retroactively fall into steampunk territory.  A good - if brief - read.
Posted by Brigonos at 4/07/2016 11:13:00 pm