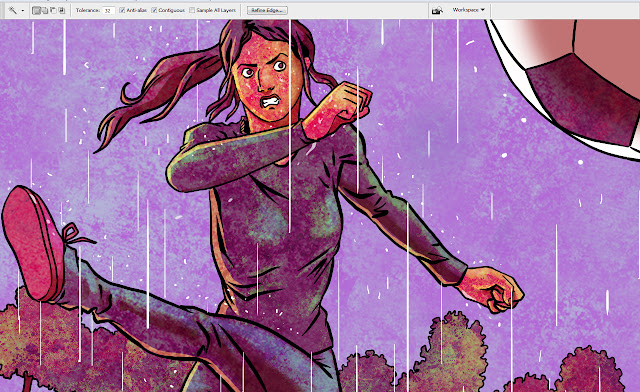 Dang but  ICE ROAD (2021) is one dumb film.  It's basically an episode of a cartoon show from the mid-1980s about truckers fighting evil corporate polluters, and at one point even has a slimy corporate guy try to blow up the heroes with a stick of fizzing dynamite.
The plot revolves around Liam Neeson as mumblemumblemumble, a long-haul driver in the desolate wastelands of Canada who can't hold down a job because of his explosive temper which now and then prompts him to violently defend his brain-damaged veteran brother from mockery.  They dream of owning a Kenworth truck and Neeson's brother even carries a Kenworth brochure which he peruses onscreen while listing the many fine features of the Kenworth range of long-distance haulage vehicles.  When Neeson's brother passes, the coroner solemnly tells Neeson "we found this in your brother's things", and rather than a St Christopher, a treasured family photograph of the pair in happier times, or his Congressional medal of honor, it's the brochure for Kenworth trucks - his most prized possession, which Liam Neeson then takes a moment to peruse on-camera while his brother's corpse stiffens nearby.  I am going to go out on a limb and say that I think Kenworth trucks might have given the production some money.

I don't know why I'm bothering to write a review, to be honest: it's a Liam Neeson film - an actor who knows his lane and sticks to it - and you know what you're buying into.  I did like that the film featured a First Nation actor, though, as in acknowledging First Nation people exist, the film has already done better than the actual country of Canada, which tends to only acknowledge the existence of First Nation people when its politicians have to go in front of a camera to dismiss a pile of battered bodies that has mysteriously appeared without explanation in front of a First Nation drinking water reservoir, and by "a First Nation drinking water reservoir" I of course mean an oil pipeline construction site.  Like the Canadian government, I constantly get these two things confused.