I hate to sound all lovey-dovey, but you're giving me a boner 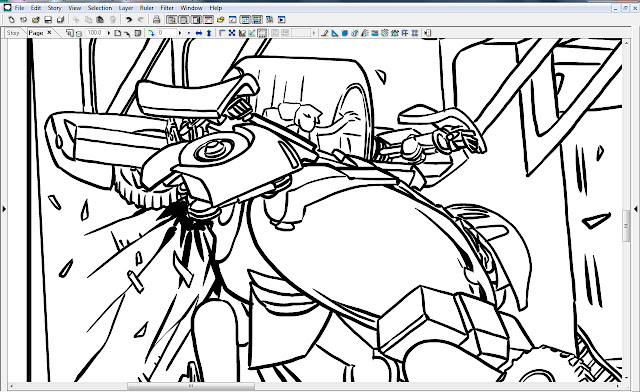 I used to watch films with actual wolfses in them - usually werewolfses - but then I joined Twitter to promote a graphic novel and talk shit about b-movies and five years later I'm a communist and every film I watch - even if it has giant robots in it - is some critique of its age instead of just some amusing stuff that happens while I drink beer in a mostly futile attempt to stave off the terrors that come with my dreams, so maybe that's why The Wolf Of Wall Street strikes me as a critique of late-stage capitalism masquerading as a catalogue of the excesses that unearned affluence can bestow to those of minimal skill and/or an inflated sense of self-worth.  One thing it is not is a sequel to that Jack Nicholson film where he is a werewolf or possibly he actually wasn't and it was just a mid life crisis or something - I wasn't woke at the time I saw it and just liked that he pulled someone's fingers off and then peed on a man's trousers.
The Wolf Of Wall Street's masterstroke is that for all the close-ups of drug-addled characters writhing in their own fluids and crippled by irrational paranoia, the vulgarity of the nouveau riche is catalogued seemingly uncritically, and the only clue as to Scorcese's true intent is when the camera pans slowly back to reveal line after line of complete fucking rubes lining up to learn how to extract unearned wealth from an unapologetic alpha male prick who makes no bones about the fact he's fleecing each and every person in the room and to a man and woman they're too thick to comprehend it.

Lady Bloodfight is basically Bloodsport, but with attractive ladies.  Some knowing winks at Western kung-fu cliches hide behind corny dialogue and occasionally-ropy delivery, while the script buries a potential antagonism between the blonde lead and a goth street thug in favor of exploring sympathetic rivalries among the fighters, which is not terribly common to the death sport genre - on account of the whole "death" part - and so has novelty on its side, though it does rob the film of a firm central arc.  There are some traditional antagonists in play, but they're not pivotal enough to the story to become narrative lynchpins, and I would argue they feel tacked-on to give a coming of age plot more appeal to the traditional action b-movie crowd, much as the left field appearance of a Force Ghost in the final stretch objectively seems out of place to all but avid watchers of head-punching cinema like myself.
I couldn't for the life of me remember where I'd seen the lead actor before, but The Internet thankfully provided the answer: she is stuntwoman/cosplayer Amy Johnson, AKA "the live action version of Harley Quinn you can watch without wanting to peel your eyes out and stab yourself in the ears" though her day job is also to make Scarlett Johannson look good - by which I mean that she is Scarlett Johannson's fight double in the Marvel movies, and not that she fabricates stories in the media to make it seem like Scarlett Johannson actually gives two fucks about Palestinian rights or international law.
I was lucky to see this as it was intended to be viewed (while quite drunk), though, so narrative shortcomings didn't bug me as much as not seeing more slow-motion kicks to the face.  Ultimately, I enjoyed it plenty.
Posted by Brigonos at 10/19/2017 11:36:00 pm

Labels: criticism of Israel so I must be an antisemite now, waffle