Why can't I be like other men? Why must I have FEELINGS? 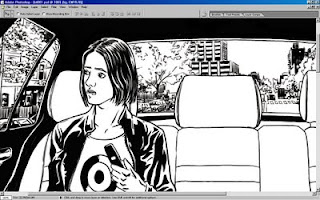 It's 11:33pm on a clammy Friday evening in July and as I type it's getting near that time the beering starts and I congratulate myself on wasting another week on my aimless path from birth to death
It is an achievement, too, as no matter how sick I've been in the past I usually work through it, to the point that the only genuine sick day I've ever taken in my life (the others being your basic skiving days taken off for music festivals, metal gigs, or wanting to play Grand Theft Auto) was when I had the flu and couldn't actually stand up, and even my boss knew I was ill on that occasion because it was payday I was taking off. It could be a Catholic guilt thing, but I have long adhered to a better theory - there's no point taking time off if you're too sick to enjoy having time off and you're much better off in work when you're sick because you'd be miserable there anyway so you may at least get paid for having a lousy day.
It might be a Catholic thing, all the same. I am vaguely aware there are other theological outlooks like Protestantbyterianism and witchcraft and such, but I can't speak for them.

Anyway, after a few false starts - the last few posts on this blog, apparently - it's back to work I go - that's the short version of this post. After physiotherapy, I have been weaning myself back into using my hands not by large amounts of pornography but through Lego Star Wars, two elements about which I normally could not give a hoot in combination make for a laid back gaming experience impossible to dislike, but I've platinumed the shit out of that so it's work time again.
I gots me a few strips owed to people, a graphic novel to finish, and a stack of probably horrible American television shows stockpiled to watch on the pc whilst I doodle, including Rescue Me, which I cannot stop watching even though it is a show which the makers scheduled to run at a time when it could best take advantage of the ten year anniversary of the September 11 attacks. Classy.