WHY? Why is it always the best people... that gotta take time out of their day to see dumbasses get buried? 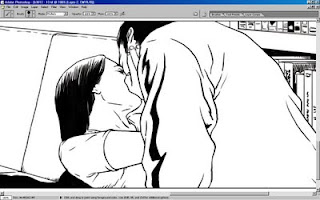 The Nine Lives of Chloe King answers the oft-posed question: Why didn't that Catwoman movie get its own tv series?

Answer: because it would have been fucking awful.

Basically it's MTV's Teen Wolf but with a girl and not as enjoyable. The girl is played by the actress who played a teenage succubus in axed supernatural drama The Gates - a show about well-known monsters living in a gated community, a concept pretty much ripped off from Monster High. You'd think that being based on a line of children's dolls would be a show's biggest problem, but I'm going to go ahead and suggest that using a fifteen year old actress as part of the eye candy contingent in your show aimed at 25-30 year olds runs a close second - seriously, I have no idea why they thought they needed to go there when Rhona Mitra - who is not what you would call shy - is in the cast. Anyway, that still-teenage actress is in this now, and it's not a step up.

I'd sooner be blog-Tweeting about Teen Wolf, actually. Because that would mean I was watching Teen Wolf instead of this. MTV's Teen Wolf is not perfect by any means, but it is much better than it has any right to be.

Unlike Chloe King. This show is bad, but I do like that they've cast a redhead in the lead role. That's progress for you.

I am pretty sure the list of shows about someone who is secretly a cat people is a lineage of failure.

The Catwoman movie, Dark Angel, Birds of Prey - although in BoP I liked how Huntress would do something athletic and this would mean her cat powers were in action, so she'd kick someone or cartwheel and there'd be this "RREOW!" sound effect like a tiger growling. Oh hey, and all female-centric, I notice. Has there ever been a show about a dude with cat powers apart from Manimal?

I guess tv execs just know better than to try and top Manimal.

Manimal does not show up as a real word in my browser's spell check. FAIL.

Oh dear. We are being shown that she has cat people powers by the actress jumping off a small box onto the ground.

The parkour in this is not as good as that seen in CBBC's MI: High. It actually looks like a Youtube video of someone spoofing parkour videos by being bad at parkour.

SWEET CHRIST IN HEAVEN WHAT AM I WATCHING?

I do not advocate violence against women, so when I say "the girl in this show needs to be punched in the face" I am merely being colourful in how I voice my disdain for the unlikeable character she plays.

The girl in this show needs to be punched in the face.

Well that was certainly an hour long drama in the fantasy genre made by ABC.

It occurs that since she dies in the first episode's opening scene, this show is technically about the EIGHT lives of Chloe King.