The more of these KGB assholes we kill, the bigger the smile on my face when the bullet finally finds me 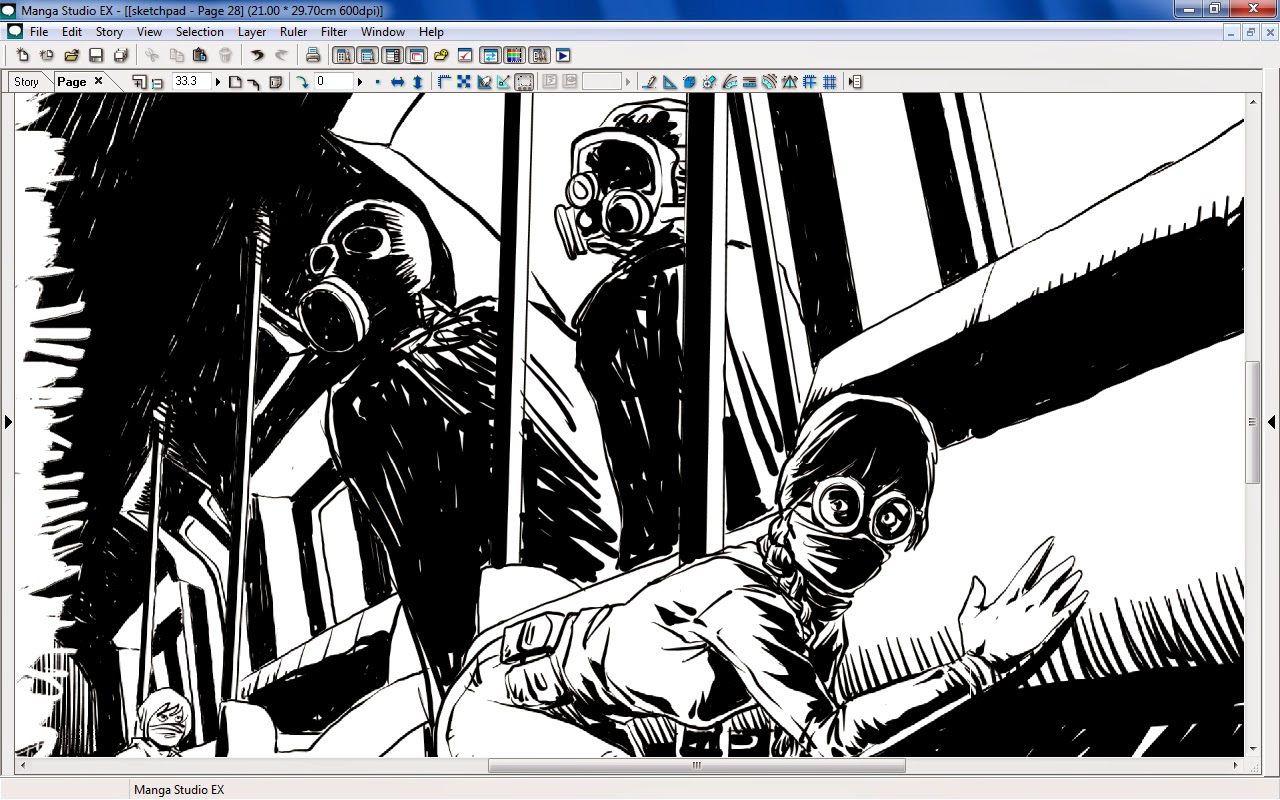 I haven't been working much as it's blisteringly hot over here and so mostly I have been catching up on my reading, getting back into novels again and plowing through the late Jerry Aherne's Survivalist pulp series of square-jawed action adventures featuring the unkillable walking genocide that is Dr John Thomas (HO HO!) Rourke, a man who is so perfect that he's often referred to as a god not just by other characters, but also by the omniscient narrator of the books.  Rourke's eyes are so perfect that he wears sunglasses even at night to give anything that walks the Earth a fighting chance to get out of his way before he sees and kills them, and it's evidenced constantly that proximity to Rourke grants mortals a small measure of his invulnerability and capacity for genocide, first in the opening novel when he and "the jew Paul Rubenstein" massacre hundreds of bikers in a stand-up gunfight, and then through the first dozen or so books where characters mow down countless communists and "brigands" without fear of their own mortality until the absolute microsecond that they leave Rourke's divine aura and promptly get shot, captured, tortured or killed.  It ticks over like this for 12 books where the sunglasses-wearing gun-loving main character - with a secret hideout in the mountains he built for the inevitable day that the government fell and anarchy reigned - fights against biker gangs, spear-chucking savages, youth gone wild, women driven insane by Rourke's perfection, and traitorous pedophiles before the whole thing goes officially batshit insane and turns into Rourke versus communists versus Nazis at the end of the world after he and his family take a 500 year nap with which he engineers the advanced aging of his 8 and 10 year-old children so that they can shag his best mate and his mistress when they all wake up, but all told, it's good fun so far, and quite knowing about its own chauvinism and outdated racial and gender politics - despite being a self-confessed chauvinist, Rourke is quite fond of delivering Adam West Batman 1966-style lectures in the middle of conversations in order to correct lazy thinking and stereotyping, usually undermined seconds later when he utters the word "but..."
I have also been reading my way through pulp comic adventures in the Battlestar Galactica universe, with Rick Remender's Classic Battlestar Galactica really hitting the spot in a way that Dan Abnett's BSG books didn't quite manage (capable outings though they were), taking the characters from the tv show and transplanting them into a different medium with some really subtle interplay that underscores the personalities from the tv show rather than simply creates new characters with the same names, as is the case with Tony Lee's Battlestar Galactica: Starbuck, whose title seems to go forward with the bizarre notion that it's putting a spotlight on a character who isn't the focus of 70 percent of  stories already - kind of like doing a miniseries called X-Men: Wolverine - and then compounds things further in its very first image when it uses the wrong tv series as art reference, and then in its first line of dialogue where it wrongly names the Battle of Cimtar - the very first thing we see in the tv series and which has its own entry in the Battlestar Wiki because of course there is a Battlestar Wiki - and then gets the name of one of only 8 named Battlestars from the show wrong repeatedly, which might all on the surface seem like nerdy complaints, but in my defence, (a) this is page one and it doesn't bode well going forward, and (b), it is a Battlestar Galactica comic and I'll go out on a limb and say it'll mostly be fans of the show buying it and we might notice things like this, as I clearly have done.  I think Lee's probably just not much of a BSG fan, which I understand completely, as being a BSG fan is not something one does for a paycheque, it is a higher calling from Lizard Space Jeebus McNee and yes, I am writing this post in my underpants and haven't shaved in a week, why do you ask?
Posted by Brigonos at 6/17/2014 12:48:00 am