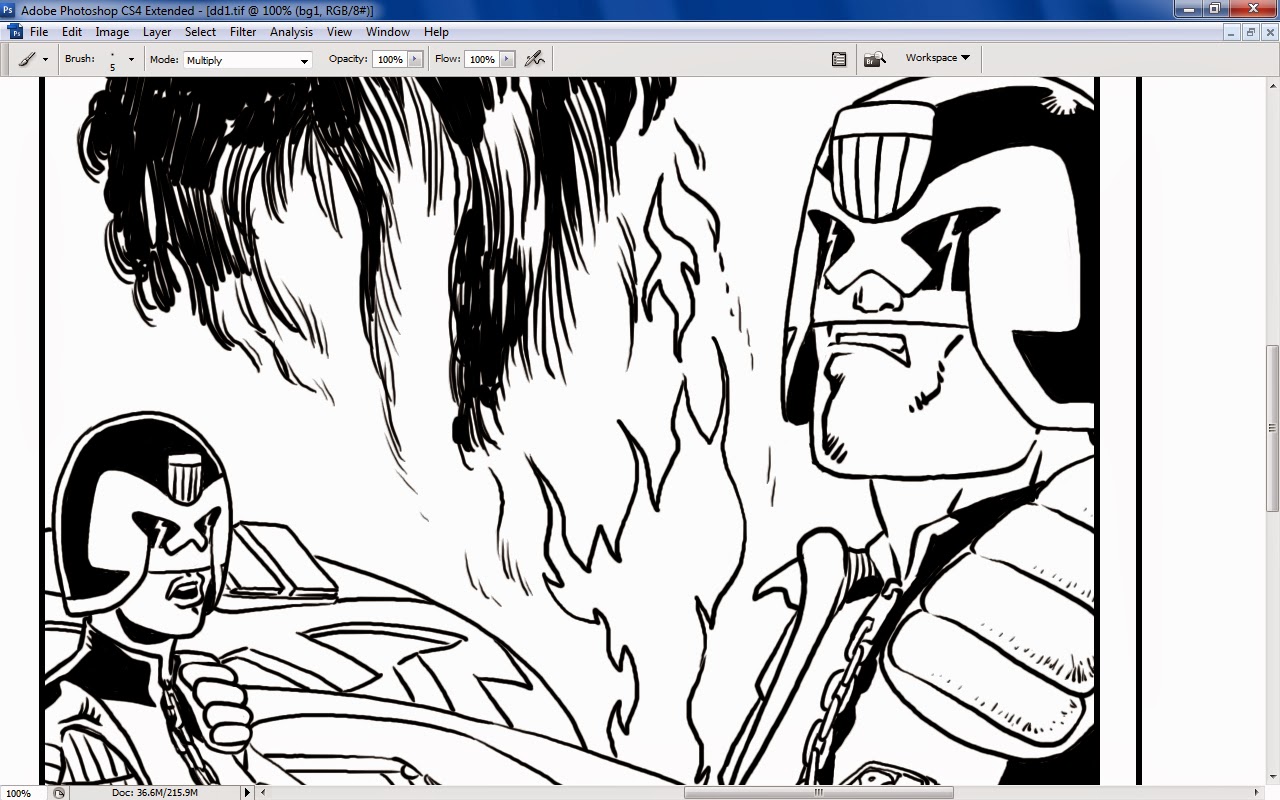 James Tynion Jr's and Michael Dialynas' The Woods is a comic I was looking forward to so much I didn't even spot the tropes in evidence despite the fact I not so long ago posted a comic strip on this very blog making fun of how ubiquitous those tropes currently are that even a child could see them coming (and I didn't even get to mention half of the more recent-ish examples like Under The Dome, Catching Fire, Predators, Cube, etc).
In a nutshell, The Woods is "high-school-kids-meet-Lost" - yes, again - except this time it's on an alien planet - yes, again - and the kids die in horrible ways one by one - yes, again - while also turning on each other - copy and paste - and trying to survive and/or understand their situation - copy and paste.  In retrospect - and leaden with disappointment - I suppose I can admit that I should have seen these tropes going in, but like I say, we're at the point in what I shall laughably call "our culture" that even someone as notoriously slow and unreliable as me is getting comics out there about how tired some of this stuff is, so I would have thought that we'd be seeing from published professionals a more active subversion of those tropes  alongside their repetition.
It's not that The Woods is a poorly-made comic, either, as Michael Dialynas'  art has real character and you can tell the main cast apart (which should not be underestimated as a skill in a comic artist), while James Tynion Jr piles on the plot beats at a good pace so things unfold briskly - he ensures we get our first view of a space bear in the second issue, so I most assuredly like the cut of his jib - even if none of those beats have so far caused much in the way of surprise.  It's that over-familiarity that scuttles it for me, combined with the lack of breakout characters and some forced and obvious expository dialogue where characters tell each other their own backstory - although this has become so familiar it's not really a storytelling failing anymore so much as an accepted - if not expected - component of teen soap operas that use exposition as punctuation.  We know our way around this story already, and the only thing that I think could have saved it would have been a more engaging central mystery,  as I'm not terribly invested in what we've seen of that so far.
Still, I'll cop to it that I'm likely dragging my own personal genre-awareness into things and not giving the book a fair shake based on over-familiarity with the Most-Dangerous-Game-in-a-mystery-locale genre and I might not be allowing for the book finding its audience elsewhere amongst those not aware of Lost, Hunger Games, Catching Fire, Predators, Battle Royale, Lord of the Flies, Morning Glories, Avengers Arena, the Maze Runner, or the 100.  Just as likely, you see, is that given how many examples of the genre there are, perhaps just like those watching the seemingly endless parade of identikit romantic comedies or Friday the 13th sequels, audiences for this kind of thing don't want it being subverted so much as they just want more of it, and on that score, I don't really fault Tynion and Dialynas' for delivering, as it's a good example of the genre even if it's arriving a bit late in the day for the liking of some internet culture snobs.
Posted by Brigonos at 6/06/2014 12:35:00 am