Because a man cannot live on hate alone - God knows I have tried - I have put some work up on Comicsy that you can pay for if you fancy.  No, I don't fully understand this concept of giving someone money in exchange for their creative work either and I'm not sure it'll catch on, but I've done it anyway so never let it be said that I won't try new things. 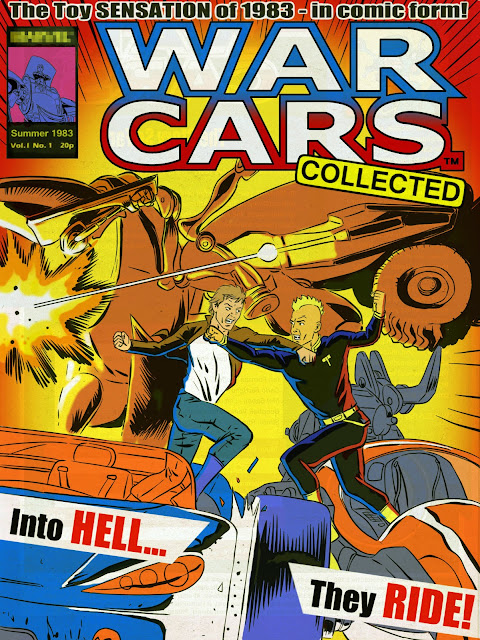 The creative work in question is a restoration of the first 21 pages (five chapters) of mid-80s toy tie-in comic War Cars, which you might remember I mentioned here on the blog on the first of Apr-- erm, back at the start of April this year.  I have made no secret of my affection for old UK comics and this project has been prompted by that, specifically Ian Rimmer and Simon Fuman's utterly bonkers Zoids run, as well as elements of Furman's Transformers comics from around the same time.  If you like the thought of a post-apocalyptic Whacky Races-type scenario, have £1.99 to spare and don't fancy waiting around until it turns up on scanning sites so you can read it for free, perhaps you might give it a try?