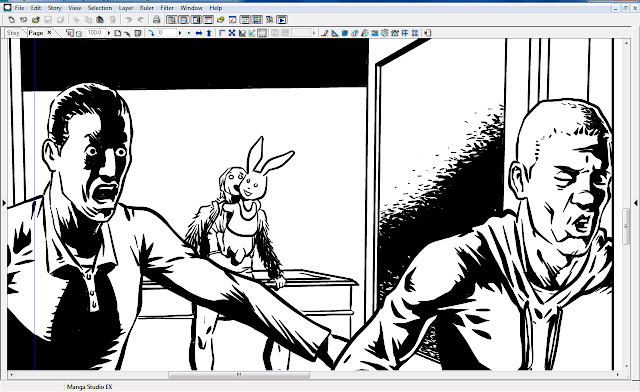 Tony Blair had this to say on the matter of the British electorate wanting to exercise their right to choose their own representatives rather than having those representatives chosen for them from a vetted pool of establishment-approved ringers:

“It is like a driver coming to a roadblock on a road they’ve never travelled before and three grizzled old veterans say, ‘Don’t go any further, we have been up and down this road many times and we’re warning you that there are falling rocks, mudslides, dangerous hairpin bends and then a sheer drop’; and the driver says, ‘Screw you, stop patronising me. I know what I’m doing’.”

I find this parable quite fascinating, partly because it explicitly states that these grizzled veterans promise a plague of misfortunes upon anyone who dares question their divine infallibility, but mainly because it is a parable that explicitly acknowledges that the hypothetical driver does not believe what the three grizzled veterans are saying.  Sadly, the parable does not contain an additional verse wherein the driver elaborates upon his stance by admonishing the three grizzled veterans for killing hundreds of thousands of brown people and destabilising the Middle East for decades whilst personally cashing-in by advising dictators in the region - that would be too perfect - but I think the basic premise of subconscious projection is established in what is already there.
People just do not want to do what Tony Blair tells them and he cannot fathom why this might be - he's on the cusp of a realisation, but he never quite puts things together because I don't think he can.  This is the man, after all, who has gone on record as saying in his memoirs that he had dreamt that former Labour leader John Smith would be struck down by an act of God so that Tony could become leader in his place, and who latterly preaches parables to the masses because that is how a man who travels the land of the Israelites in the guise of a peacemaker rolls.  A moment or two of feigned self-awareness cannot disguise that Tony B and his followers look upon the father of ISIS as a messianic figure, while the rest of us merely see a cunt.
Posted by Brigonos at 9/08/2015 11:26:00 pm