His wife went into premature labor and blah, blah, blah 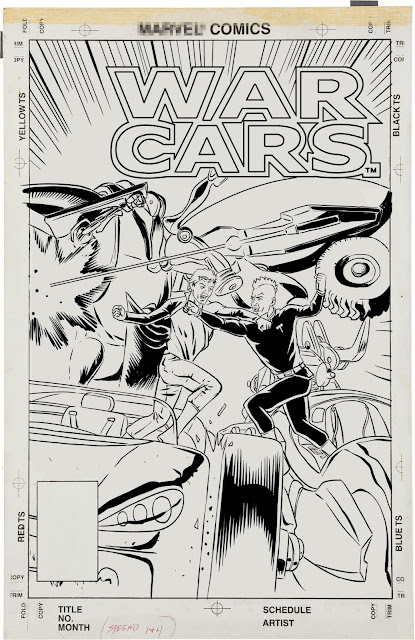 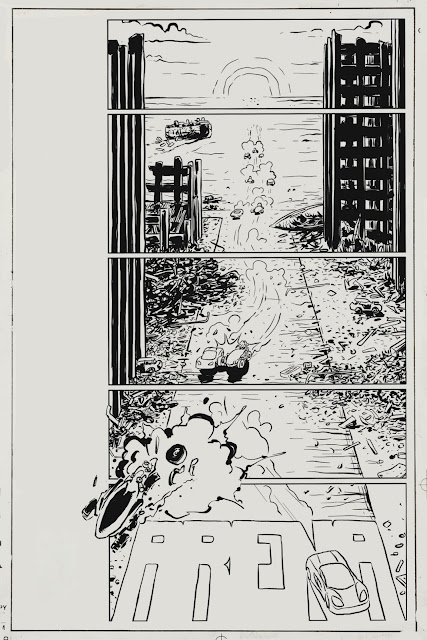 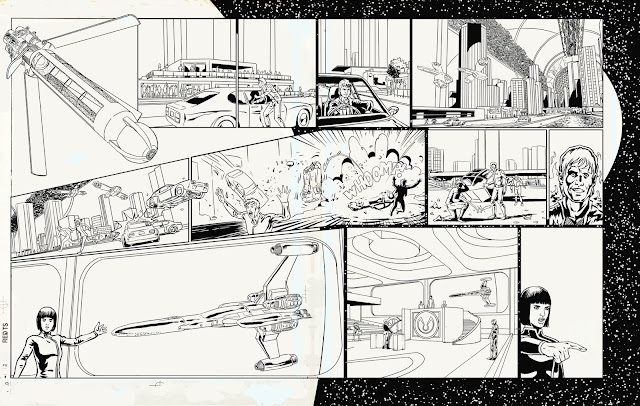 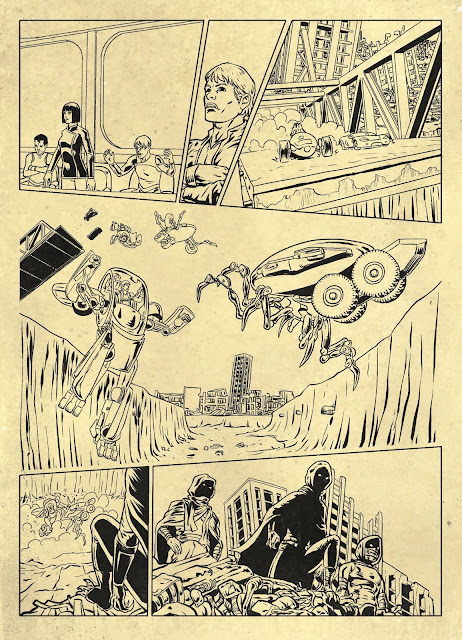 Just in case any among the 14 regular weekend visitors who seem to be reading War Cars when I can be bothered to post it are interested, here's some old War Cars line art I found in my travels because yes I am still doing this.
Eagle-eyed readers will spot where the art that appeared in the actual comic was changed from the original linework you see here, presumably because the editors at the time didn't think anyone would really believe an artist from 1983 would have been quite so technically incompetent and it might be an idea to have another pass at it so it appeared more convincing...ly the work of someone from that era.
No, I don't know why I still bother, either, but here we are.
Posted by Brigonos at 8/27/2016 01:11:00 pm