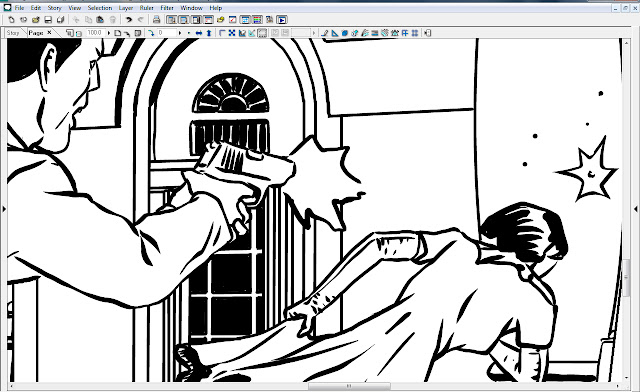 Someone somewhere is masturbating at the plight of assault victims on Law & Order: Special Victims Unit, and I mention this not as a scenario that is playing out solely because of statistical inevitability, but because our popular culture has evolved to the point that we put rape front and center as the main attraction in our entertainment, and everything is a fetish to someone so we must assume the grimly inevitable truth that for a (currently) small number of people, SVU is a masturbatory aid.
Shows like Charlie's Angels and Hawaii Five-0 with their impossibly glamorous assault survivors are but the harbingers of what is to come, and speaking of grim inevitability, here's my opinions on a WWE movie: The Condemned, a film about 10 convicts forced to fight each other to the death in front of a live audience.

Trust me, this rambling and potentially triggering opening kind of connects with the broad theme of the review, though I probably lack the skill to integrate everything into a coherent narrative, so hopefully drawing attention to that like I'm doing now will allow me to pass it off as self-awarenes rather than poor writing.
By objective standards, The Condemned is a rote straight-to-rental b-movie action flick which has a central bread-and-circuses commentary hinging upon the potential excesses that will result from the inevitable escalation of shock and awe programming, but what makes it interesting is that it is co-financed by WWE Films and stars "Stone Cold" Steve Austin, a wife-beating drug addict whose career was built upon his constantly upping the ante in a violent televised carny act for children.  That shareholders of WWE Films could make a movie about the destabilising influence upon society of violent televised entertainment created by greedy corporate sociopaths is a frightening enough symmetry even before you get to the fact that one of that small cadre - Linda McMahon - would later go on to be handed a job in the Presidential cabinet of Donald Trump (née Drumph) for which she was unqualified and in a position to wreak terrible harm upon the country - she even has an avatar within the film whose final words to the audience are devoid of any pretense of a fourth wall or nuance of language as she looks directly into the camera and declares that any society which victimises its most vulnerable members is truly condemned.
What's that?  You think that's not very subtle?  Yes, well, perhaps you have a point that this B-movie whose plot is recycled from multiple B and Z-movie sources and which stars Vinnie Jones as ahahaha - I nearly wrote "stars Vinnie Jones as a primary antagonist" but talk about redundant qualification: IT STARS VINNIE JONES - and geez I don't know what to tell you, guys, this was never going to be subtle - and was always highly unlikely to be objectively good - I'm just more surprised that it's moral.  Traditionally with b-movie schlock like this, there's a tacit agreement between film and audience that one won't bother the other too much about the details but The Condemned is really, really earnest about you understanding that even though you are deliberately watching people who "deserve it" get mown down for your entertainment, violence is really bad and even society's wretched dregs have a right to some form of - holy shit - dignity.
The condemned convicts start out as one-note antagonists for the unlikable and violent lead, but over time, tiny flecks of humanity show through, with the only healthy and loving relationship being that of a male and female convict, their counterparts behind the cameras in "normal" society portrayed as the usual array of stereotypical misanthropes who believe rudeness to be synonymous with wit.  The primary physical antagonist of the film revealing a history of sexual abuse that he has knowingly perpetuated is a leftfield reveal that is either a twist of the knife if you like the idea of him suffering for his transgressions by any means, or it robs his eventual comeuppance of the cheap emotional release that these kinds of films thrive upon in its suggestion that precisely the kind of entertainment you are currently watching has contributed to the violent downward spiral of lives that it portrays.

Well, that whole review thing didn't come together as well as I hoped it would.  We can take some small solace from the fact that I don't get paid for this and I'm dreadfully ill at the moment so this is as painful a chore for me to write as it has been for you to read.
I could have watched The Year Of The Sex Olympics instead of this.  That probably tells you a lot about me.
Posted by Brigonos at 5/11/2017 11:48:00 am