Well, if there's not gonna be any guys here I'm gonna go smoke a jay and do my jigsaw 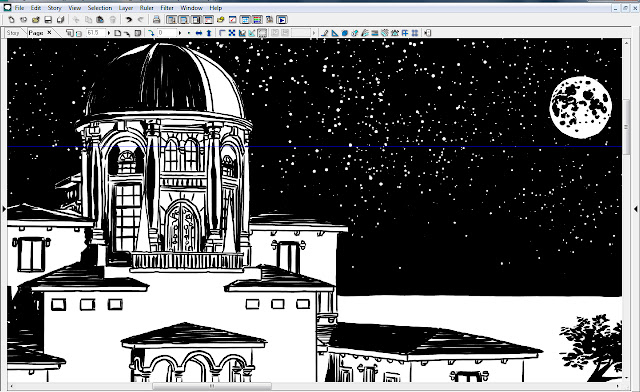 My HOT TAKE on The Handmaid's Tale is less "Well I love dystopian sci-fi so this is a no-brainer" and more "oh fuck not more misery porn".  A whole series of this?  Really?
I don't know why live-action misery porn gets me down so much.  I mean, the removal of a protagonist's agency is storytelling 101, and was more or less the foundation of every comic story published in the UK during the 1960s-1980s period that I personally love a great deal, so what sets this television series apart from something appearing in the likes of Misty or Jinty?  I mean, obviously there are stylistic differences in the dystopias envisaged by comics creators in the 1970s and those working in the television industry of the late 2010s, but if I had to guess... yeah, it's probably the rape.  Once again it's rape o'clock on tv just to let you know how gnarly and For The Realz the story is and I don't know - this is just so tiring.  And I say that as someone who has had the good fortune to have been born comfortable in the gender which doesn't get to be pelted with depictions of weaponised sexual assault upon it like every day.
Well, whatever.  As a card-carrying owner of a functioning penis, perhaps I just don't understand the appeal of watching dramas that explore what would happen if one of my greatest fears was something turned into a non-consensual ritual by Donald Trump's administration, but Lady types on that there internet seem to be lapping this horrible nightmare up, so I'm willing to just let this one go as I don't feel intellectually equipped to tackle this bizarre crossroads of love and hate for the subject matter.  Fuckin America - what is up with you lately?
Posted by Brigonos at 5/05/2017 02:19:00 pm