You have borne your sorrow well. I will not forget you. 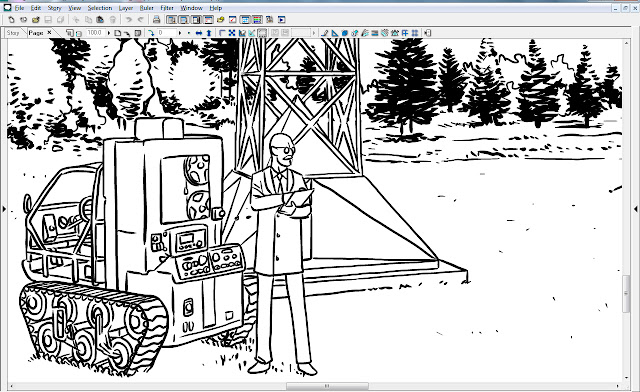 8 Mile is a vehicle for the once-popular pop singer Emineminem, and it reminded me of the denouement of Patrice Lecont's Ridicule in which Grégoire Ponceludon denounces the arrogant presumption of the court of Versailles that they are the heirs of Voltaire, as for all their disdain for the illusion of civility and their use of competing insults in lieu of open violence, they do not possess Voltaire's compassion.  Sickened by the decadence and corruption, Ponceludon takes his leave of the court and it is shortly thereafter destroyed in a popular revolution, and while the opulent trappings of American culture serve as a lure for the fame-hungry Emineminem, ultimately they serve only to obscure that the desperate elevation of caustic repartee is but one of many distractions from the crumbling of an empire, Emineminem's Jimmy T Rabbit finding solace and comfort in neither their pursuit nor their acquisition.
Sexual conquests are meaningless, the defeat of social superiors in battles of wits are hollow no matter how the crowd may chant his name, and in his moment of supposed triumph he renounces his victory and alights into the darkness a lonely man as the actor who portrays him mocks the character's existence with a fictionalised recounting of his own rags-to-riches story set to music, all notions of identity and purpose revealed as constructed, empty theater.
In many ways, the "rap battle" culture of 8 Mile's 1995 Detroit is an analogue of the decline of discourse in the West, made as it was in 2002 and prophesying the humor of Family Guy, Brooklyn 99 or Deadpool in that what the audience has been conditioned to crave and expect is not exquisitely-constructed jokes and their punchline payoffs, but to see which unlikeable character can say the most transgressive thing at any given time, a trend seen as admirable and good in the realm of "old" media, but as somehow terrible in the realms of social media where attention is now acknowledged as the only truly viable currency. Objectively speaking, it cannot be said that this is a culture that seeks or rewards worth but which instead needs immediate gratification, and in 8 Mile, the lead character achieves all of his ambitions and indulges all of his immediate desires and is ultimately left unfulfilled, so it feels like we've had adequate warning from history about spectacle, but now instead of heeding it, we make the warning just another part of the distraction and it washes across us, unheeded, as our societies seek immediate rewards in their entertainments and in their politics seek out similar short-term gratification in acts of self harm like electing a racist president or voting to leave a mostly-beneficial cultural union.
Faced with the life of hollow decadence that is his reward, Eminimemem chooses to walk away.  Would that this were an option for the rest of us.

I also watched Arctic, in which Mads Mikkelson encounters a polar bear but they don't have a fight.  I think my feelings on the matter of not having a fist fight with a polar bear have been adequately established over the years, so I will leave it at that.
Posted by Brigonos at 5/06/2019 09:16:00 pm