Normally I don't drink in the afternoon, but it's still morning 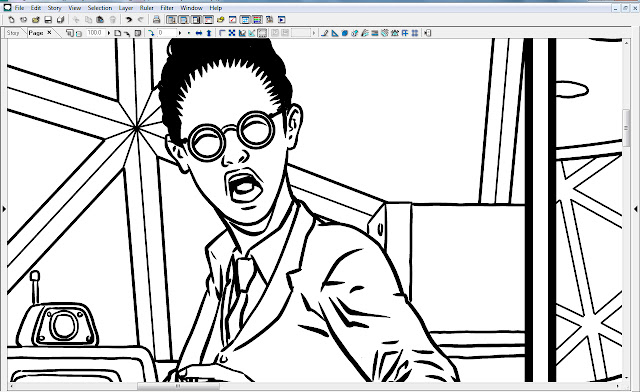 Saw Disney's live-action remake of Aladdin, which is terrible because they haven't changed it enough from the original, and Disney's live-action remake of Dumbo which is terrible because they've changed it from the original.
Actually both of these remakes were fine and I don't know what people are complaining about.  I did think that I would have got much more out of Dumbo if I was about 8 years old, though, especially the plot about his mum and the utterly bizarre anti-elephant racist character who just seems really out of place to these adult eyes - how is he even in that circus family?  Danny DeVito at one point says everyone has to wear many hats in the circus to keep it running - the strongman also does the accounts and manages inventory, etc - but elephant racist just hangs about sneering at the elephants and cracking a whip, which somehow seem to be the only two things his job entails.
Aladdin was also fine apart from the bits they changed from the original film, which the fanboys are right about for once, just not for the reasons they claim, as the extra bits don't gel with the rest of the film for reasons other than the fact that they aren't in the original cartoon, ie: Will Smith playing a framing character much as Robin Williams did in the original, but they've changed him from a peddler of wares who just happens to be voiced by the same actor who does the Genie to a new character who is definitely the Genie as a human, and there's an arc in there about how he ends up where he is that isn't hard to follow, but it never pays off.  Likewise the new songs are dreadful - no tunes or hooks, they're just some people saying what they're thinking out loud while being autotuned, the songs about how it's tough to be a girl in a man's world being especially groan-worthy.
Its musical numbers/dance routines are also filmed at a distance that encompass the entire set on which the musical number is being shot, and the effect is like someone has recorded the daily renditions of popular songs from Disney movies that workers perform daily at a theme park - for the life of me, I just can't shake the idea that the intent is to manage expectations of visitors to DisneyWorld, especially when you clap eyes on Will Smith's Genie and the not-very-animated way he "walks" that amounts to just putting a CGI cloud where his legs are.  This is - I note - an effect that could rather easily be replicated by a minimum wage employee wearing a glittery skirt.
Anyway, the interesting thing - to me and absolutely no-one else - is seeing the common flaws in both films: added stuff that wasn't in the original movie that stands out because it doesn't gel with the rest of the remake for various reasons.  There's a lot of this kind of thing going on in Dumbo, and it's hard not to see most of it centering around Eve Green's character being shoehorned into a relationship with Colin Farrel's character which pushes all other character arcs to the side, particularly that of Farrel's kids.
It's often pretty glaring that the kid characters have nothing to do and exercise no agency, so instead there's a sort of "girls do science because that is an empowering thing in this oppressive patriarchal age" arc for the daughter which ignores that female scientists had already been making contributions for hundreds of years, and that the film is set post-war - there is literally an entire subplot about Colin Farrel's PTSD - and there was a perfect opportunity to examine how women had already tasted empowerment in the workplace, and oh yeah she literally lives in a circus where women have responsibilities beyond what might have been expected of the gender apartheid of the time.  The daughter seems to have been shortchanged somewhere in the script revisions and you can still see the shape of an arc about her building a relationship with her father after his absence in the war/the death of her mother, and her reticence to become involved in the circus which means so much to her father and which still seems to culminate in a moment where she mounts Dumbo and rides him around the Big Top as the main event, much as her father had once performed as a rodeo act but now cannot because of his war injuries (he returns from the war as an amputee).
I am probably thinking too much about these films for children, because they are films for children.  There's no reason they can't have depth and content to appeal beyond that demographic, of course, but they kind of don't, so their worth is more as an insight into the thought processes involved in adaptation from one form (animation) to another (live action), and from what I can see the process seems to involve a lot of script revisions until themes and arcs get discarded from one draft to another, but artifacts of earlier drafts somehow still remain in the final shooting scripts.  The makers seem to want to add another 30-40 minutes of material from the original animation's running time but can't quite nail down what should be there so the movies end up with a lot of flab.  Another common element seems to be the casting of actors who can't quite sing to be in musical films - why they don't just get someone else to do the singing bits for the actor I'm not quite sure.
But they were fine and perfectly entertaining films.  Do you think you could sit still for 120 minutes?  If yes, then these movies will not change or enrich you, but they are a competently-made and acceptable waste of two hours of your life.
Posted by Brigonos at 7/01/2019 11:51:00 pm