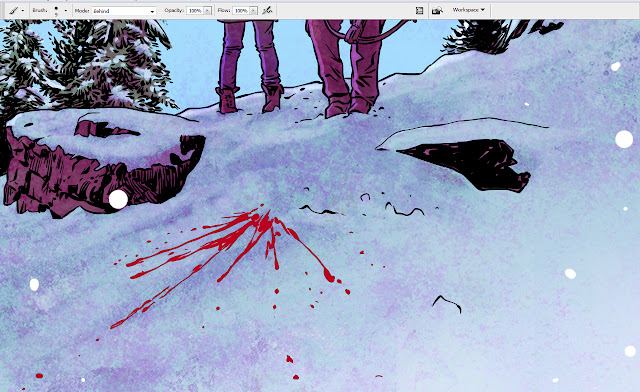 The Star Trek reboot movies engaged in performative stupidity - that is, they pretended to be dumber than they were in order not to frighten anyone away who might have got the impression that Star Trek was a thing that brain scientists watched - but Blood and Treasure is the other kind of stupidity: the kind that's real.  It covers the same ground as a video game series called Uncharted in which a square-jawed white dude travels the world looking  for treasure while things explode and then he has a fight with a rich guy who is also a terrorist who plans to use an ancient McGuffin as a weapon of mass destruction and long story short, this is the setup for Blood and Treasure, only not as well written as a video game whose script is nothing more than a contextualisation for your gunning down literally hundreds of pirates and bandits.
Blood and Treasure - AKA Nathan Drake and Chloe Frazer: The Series - is offensively stupid is what I am saying.
It introduces its main female character by showing her trying to seduce a man in order to rob him, its lead male is a square-jawed white boy fighting Arab terrorists, there's flashbacks to the Nazis, secret conspiracies - you know what, fuck this stupid show, just go on Youtube and watch a movie collection of the story scenes from Uncharted 2: Among Thieves, as at least you'll only have to sit through an hour or two of that.
Posted by Brigonos at 7/08/2019 08:16:00 pm

Labels: Bryan is actually really tired and staying awake thanks to JD and Poundland 2 for 1 energy drinks, Cricket is just awful