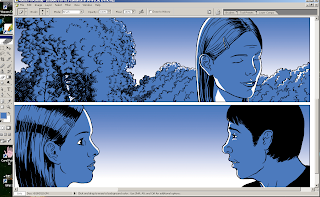 Watching:
Farscape season 1 - the great TV catch-up begins! For me, this was once definitively described at some point in the past as "that thing with the Muppets? Fuck that shit!", though I always simply found it too alienating (in retrospect, possibly intentional) and impenetrable to want to follow. taken from the off, however, it's a decent enough distraction - if a bit top-heavy with Aussies (though that's an observation more than it is a criticism).

Dexter - aw. Shame that character had to go, but a good season.

Venture Bros - not as great as previous seasons, but then it had a lot to live up to. It's moved on from the whole 'death of the Jet Age' themes to growing its main characters beyond their launch concepts, which is an odd move, as for every Ben 10: Alien Force, there's an All Grown Up or Joey. It's working so far, but it's not especially funny or inventive this time around, though I'm willing to accept that I'm maybe just too familiar with the setup and had higher hopes than might reasonably have been fulfilled.
Posted by Brigonos at 12/15/2009 06:21:00 pm