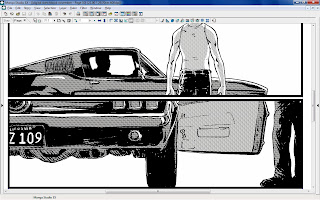 It was with sadness that I read of the passing of Fast & Furious star Paul Walker.
There was a joke - made in good humor - on a recent War Rocket Ajax podcast about Walker and his fellow F&F cast members such as Ludacris and how they do nothing but make Fast & Furious movie sequels, and while that's erroneous in Walker's case, it's at least a true reflection of how he's viewed in popular culture, to the extent that headlines conflated his name and manner of death in a regrettably ghoulish attempt to grab attention with the perceived irony - "Fast & Furious actor Paul Walker dies in car crash" went the headline on the Guardian website, of all places.
But yes, I will grant that Walker is known best to me for his part in one of the more enjoyably daft film franchises of the last decade.  I'm not a big petrolhead and for the most I despise car culture, but Fast & Furious isn't about cars, it's about machismo and what we expect of ourselves as men and the dichotomy between what's expected of us and what we desire for ourselves and why.  They're less celebratory of the macho culture of which they often display a knowing awareness, and ultimately betray themselves as melancholic films despite their low body count and eye-pleasing cast of  models like Walker striding alongside walking parodies of masculinity like the gravel-toned Vin Diesel and Dwayne "The Rock" Johnston.
They're dumb films, but they're not stupid, and if you're on the fence you could do a lot worse than check them out.
Posted by Brigonos at 12/03/2013 01:32:00 am