Being a good Catholic sounds expensive 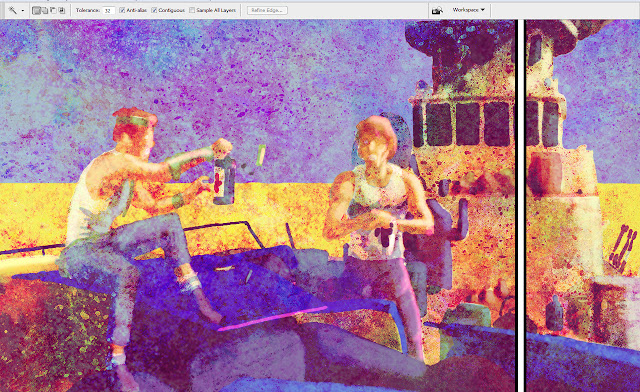 Well, here we are, a full week into the New Year of 2019, and my New Year's Resolutions are going great.  As ever, I have taken the advice of losers on the social medias not to make resolutions that might be difficult so that if I fail I won't feel sad, as opposed to the totally wrong way that people usually do these things by making resolutions that require effort and so when you succeed you will feel happy.  This year sees the coming of the Brexitpocalypse so nobody gets to feel happy.  Everyone suffers and we will put a brave face on it as the world burns in the finest traditions of the British Empire.  We ran out of foreign soil to salt, so now it's coming home.
Anyway, my resolutions are:
1 - put on weight
2 - exercise less
3 - deteriorate my mental health
4 - fail to secure any work as a comics artist
5 - not carry out my long-threatened and meticulously planned flamethrower attack on a schoolyard
and I fully expect to be able to succeed at all four of these resolutions in the coming year.  Perhaps 2019 will be the year I finally manage to soil myself as a grown adult, as I seem alone among my peers in not having performed this apparently commendable rite of passage.  I picture one day there will be made a film along the lines of The 40 Year Old Virgin, except instead of hesitantly admitting to his friends that he has never blown his love trumpet in a lady's love orchestra, the lead character will disclose that never once as a grown adult has he drank so many tins of Carling Black Label lager that his hungover arse emptied into his jeans at the breakfast table during an ill-advised venture aimed at quietly breaking wind and blaming it on the dog.  Maybe this year is my year.  I know Brexitpocalypse is coming, you guys, but God Damn It, a man can still dream and in the Brexitpocalypse this might be the only dream I still stand a chance of achieving.
Posted by Brigonos at 1/08/2019 03:02:00 pm