This unexpected pleasantness is unsettling 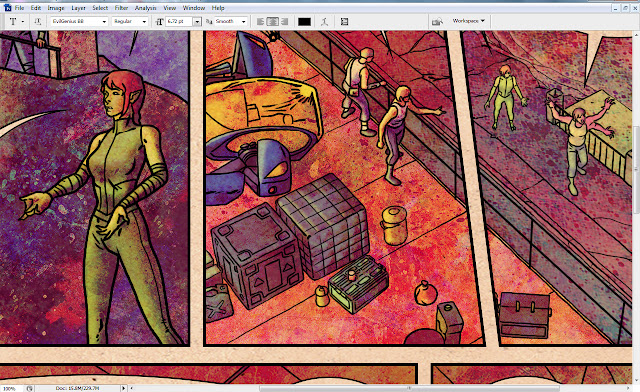 The laws of diminishing returns for sequels have well and truly set in by this stage, and it's not a patch on either Paul "Wank Shaft" Anderson's Death Race remake of 2008, its unloved (but okay) sequel starring - I shit you not - Luke Goss as Frankenstein, and I can't remember a single thing about the third one so that's likely not a good sign, but this fourth one is actually a bit of a hoot despite a sixth form script, looking like a tv movie, and starring Zack McGowan - who I have nothing against, but he tends not to make good choices when it comes to roles.  Maybe a bit predictable - there are at least three twists you'll guess from the opening moments despite their not being signposted in any way throughout the film - but if you're a member of the disgusting bourgeois classes and find yourself well fed and no longer sober, this is a great throwback to the low-budget post-apocalyptic racers of the 1980s which is uhhhhhhh a genre I am somewhat invested in at the moment.
Like other entries in the DR remake saga, it does have this bizarre line in misogyny that I cannot for the life of me figure out - it's so blatantly tacked on and in your face it has to be a deliberate commentary on boy racer culture, but this would mean this pile of trashy trash is somehow punching above its intellectual weight despite its low ambitions, something I would have expected more from...
Death Race 2050, a dumb as fuck sequel to the dumb as fuck original Death Race 2000, which was remade as Death Race in 2008, but this is the sequel to the original Death Race 2000, to which the 2008 remake was a prequel, understand?  They do actually kind of line up, especially with the franchise-linking premise of Frankenstein being an identity maintained by the winners of the Death Race so that they can enjoy his infamy and the government can continue to use him as a poster boy for their dystopian society which enshrines euthanasia-by-car, and while this is pretty enjoyable trash, every time an actor you recognise comes onto the screen, it just seems like they can do better - yes, even Manu Bennett.

It's every inch a Roger Corman joint, though, looking very cheap and taking a series of easy shots in the script, and while its satirical targets betray higher ambitions, it neither tries nor pretends to be anything other than a cheap cash-in to the more successful series of Paul WS Anderson-produced DR remakes.  Probably more fun if - like me - you enjoy the overlap in the low-budget action and sci-fi genres and don't mind something that is often painfully cheap-looking.
Posted by Brigonos at 1/15/2019 10:20:00 pm