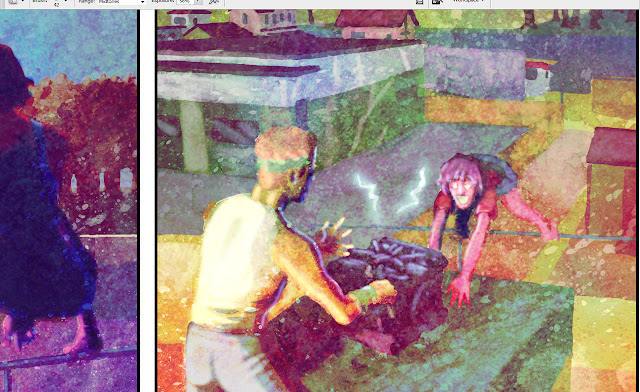 The British welfare state has the same moral operating system as the prison industry wherein punishment rather than correction is its aim, even though punishment costs more to implement.  Thanks to Yvette Cooper and the lovely New Labour government of the time - can't blame the Tories entirely for this one - the British welfare system shifted from a safety net designed to prevent poverty to being a means to punish it because like the prison system, its motivating impulse is not safety and the wider good of society but sadism.
Putting people in a small cage to be brutalised into submission is so barbaric we don't even do it to animals anymore, and the prison system is nothing more than a sap to society's need for revenge upon a class of people against whom hate is not just acceptable but institutionalised.  Prison is a product of sadism and its proponents are sadists.  It took me a while to get to this because I'm a Catholic and we are a very judgmental people, but I'm better now.
Likewise, you would not starve an animal and leave it loose on the street to fend for itself.  Our welfare system is just as sadistic and broken and what has this to do with me reading a bunch of Robocop comics?  I honestly forget.
This is the problem when you invest heavily in an elaborate metaphor but don't write anything down before you start and then if you step away from the pc for a bit for some reason and then come back later, you don't really know why you have a bit about why your society is still stuck in the morality and social politics of the middle ages and now here we are - all of the above was my intro to sharing my thoughts on Alan Grant and Simon Furman's Robocop comics for Marvel from the early 1990s, in which Robo fights a robot gorilla that turns out to be his brother, wrestles some dinosaurs, and - for some reason - invades Africa.  That is not a colorful exaggeration, either, he is literally armed with military weapons and dropped into Africa and told to subjugate an entire country.
Yeah, these comics are pretty stupid, but what struck me is that they are no more so than more recent Robocop comics that weren't handcuffed by the demands of the copyright owners at the time because they were trying to make Robocop a kiddy-friendly property.  Alan Grant makes no bones about being able to do pretty much naff all with the book and how he ended up walking after 11 issues, but recent Robocop comics I've come across have been ultra-gory and without restrictions on subject matter and man have they been bo-RING.  There's one where Robo has to drag an injured officer through a gauntlet of thugs to get them to a doctor and my first thought was "yeah the injured character is dead already" and I was not wrong, but in the 1990s Robocop comics there's a character whose identity isn't revealed until late in the issue and instead of being a character we've previously seen whose identity the reader had to guess, it turns out his identity has been kept in the shadows because he's had his head replaced with a television that shows 24 hour footage of a crying clown. Daft as heck compared to "I am sorry Mr Robocop but she has been dead all this time and you have been narrating to a ghost!" but I can safely say it was at least not what I was expecting.  I guess this my grumpy old man way of saying these new Robocop comics are such a darned buzzkill.

I still can't figure out where I was going with that stuff about the welfare state and the prison system.  This is totally going to bug me until I figure this out.
Posted by Brigonos at 1/30/2019 12:17:00 am