"And I was all like askin' was it normal 'cuz there was all this loose skin at the top of it." 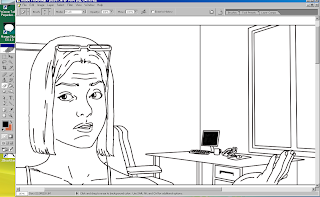 Watching TNA Slammiversary, I didn't realise how awesome a performer Kurt Angle is inside and outside the ring, especially for a guy whose best days are apparently behind him and shouldn't even be performing at all. Mind you, I spent most of my time watching WWF/WWE getting drunk and shouting about rock music with my mate Tart and younger brother Kev, so I probably didn't take much from it beyond that ECW was slightly more entertaining and this Rock guy might be going places - but I remain convinced that Angle was less interesting and slightly larger-built at the time.
Speaking of the WWE, it doesn't half show that it's of late become a pale shadow of the entertainment Juggernaut it once was while watching Smackdown and RAW. The franchise has recently made a significant effort to clean up its act after Linda McMahon - the wife of WWE CEO Vince McMahon - set her sights on a place in the US Senate and programming content has suffered from an undue level of caution being applied to storylines. Not that WWF/WWE couldn't think through some of its more questionable story angles a little more, like that time Eric Bischoff had lesbians make out in the ring so he could have them beaten up on camera, or that time a man in a cowboy hat (JR) whipped a black man (Coach) in the middle of an arena while thousands of baying rednecks cheered on the guy doing the whipping, or that time two gay men tried to have a wedding and were booed and jeered until the tables turned and they got beaten up while the audience cheered - these are things that might have benefited from a moment's pause for thought before broadcast occurred, while stuff like banning choke holds on the shows may - may - have been something that should have been done right after one of the company's top wrestlers choked his wife and son to death rather than only done now because one of Linda McMahon's political acquaintances thought it was wrong to show it happening to someone wearing a suit and tie.
Gotta love that Republican mindset.
Posted by Brigonos at 6/23/2010 04:47:00 pm