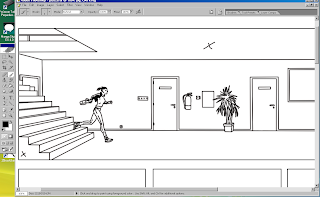 Well that'll teach me to start late in the day - but in my defence, napping in front of the tv is great.

Watching: I dunno. There was some sort of CSI thing with a bet that someone paid off but didn't, a Magnum episode that's got me wondering why they burn sugar fields, and She's Out Of My League, a Something About Mary-type comedy about a guy dating out of his league, except he's not that fugly because this is Hollywood geeks we're talking about here, and she's not actually all that so the huge yet paradoxically shallow divide we're supposed to buy into for the premise to work simply isn't there. I'm actually typing this as I watch and the dude's just ejaculated in his pants during an impromptu dry-humping, and lawks o'lawdy but her parents have just come through the door - hilarity will no doubt ensue.
Posted by Brigonos at 6/12/2010 12:00:00 am