It's called "being nice" dammit 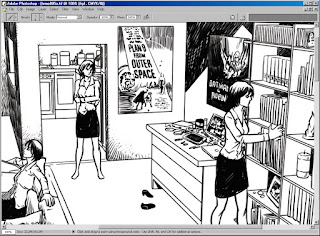 Smash wrapped up its second and final season in good form - if you haven't been to Smash, it is basically Glee meets Fame, with roughly 60 percent of the songs being created for the show by Broadway composers, with the odd MOR cover to keep the lovers of wordless montages of the cast happy.  It started well before it trailed off a bit towards the end of the first season to the point I don't think I watched the last few episodes, then got a second wind in the latter half of season two when it became less about the quest for fame and the struggle to put on a show that dominated the first 1.5 seasons and more about straight-up bitching and backstabbing behind the scenes of multiple stage musicals and became Dynasty with big band songs and wailing that sounds like it could be a Glee cover of something except that it's actually an original composition.  I wouldn't have missed the show if it had been cancelled at the end of the first season, but like I say, by the end there it was good stuff and I think I now probably prefer the cast version of Under Pressure performed at the opening of the series finale to the real thing - sacrilege to some, I'm sure, but the cast of Smash to my knowledge didn't break a trade boycott with an oppressive racist regime to line their own pockets, so I feel justified in making the admittance.
Speaking of which, I see Brian May is still trying to repay that karmic debt: