You know the concept of time confuses me 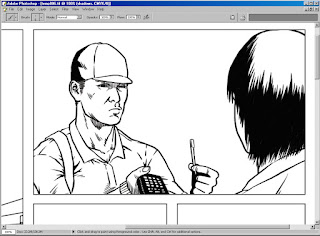 I have to admit, while Nightwing generally doesn't seem to be the kind of comic I'd normally like to read, it has a good inverse-sexism policy going on with the artwork that I approve of heartily.  By which I mean the artist really likes to draw man ass. 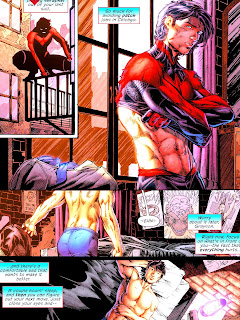 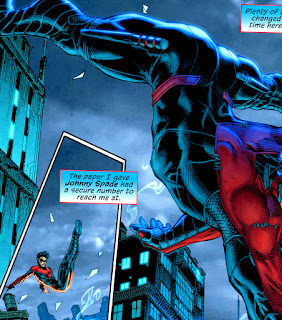 Nice one, DC!  About time a major publisher took this step, though I don't suppose it means anything to anyone outside Northern Ireland that the himbo lead of Nightwing is a dead ringer for Spunky from Mal Coney's gay superhero comic Major Power And Spunky., but I throw it out there anyway.  I don't think this means Dick Grayson in the comics is gay because he's been with ladies - all of them, as far as I can tell - so he's probably just bisexual now - which I imagine is what happens when you run out of ladies but want to keep going.
As for the rest of the comic - the texty bits with story and words, I mean - I think Nightwing is supposed to be Spider-Man now or something like that.  He doesn't seem to get on well with the only woman in the book - hmmm... - and then a man in latex slaps him around and locks him up in a dungeon and forces him to strip on camera... you know, this is going to sound super-weird, but I am pretty sure the aforementioned Major Power and Spunky covered ground like this.