Just because I'm not fat doesn't mean I'm not American 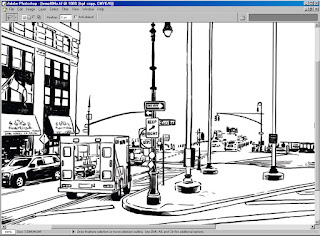 It has been pointed out that my picks for Forbidden Planet's Desert Island Comics feature are all British-made comics - pure coincidence, but I'll roll with it.
HA HA YOU SUCK, AMERICAN COMICS.
In the interests of fairness, I do actually recall lots of great US comics from my youth, but they probably don't count because they were chosen for reprint as they were tonally more in line with British comics' readers' tastes, and also because they were reformatted from the US standard of 22-page monthlies to 5-6 page weekly installments - stuff like Transformers and Power Pack, but there were other entertaining strips like Ghost Rider and Deathlok showing up in short-lived anthologies aimed at the UK market like Havok, Meltdown, and even the rather lovely Strip (the Marvel UK anthology, not to be confused with the contemporary independent UK anthology - if only because the Marvel version managed to actually come out).  I found all but one issues of Strip recently during an attic clearout and there's some great stuff in there, from the original Marshall Law miniseries, Jean Van Hamme's Thorgal, Don Lawrence's Storm, Wagner, Grant and Gibson's Gengis Grimtoad, and Furman and Senior's The Body In Question, which finally gave a (slightly retconned) origin for mechanoid bounty hunter Death's Head.  Great stuff, very European in flavor and much missed from a marketplace currently dominated by 2000ad and seemingly endless US superhero reprint titles.  This trip down memory lane sure does make me hope that The Phoenix lasts more than its scheduled two years.
Posted by Brigonos at 6/04/2013 12:42:00 am