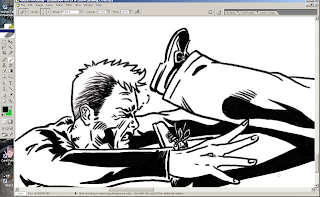 Just finished Crash season 1, and while I've never seen the film upon which the series is based (though my brother's one-line review was "We are all racists"), I can only hope it was a little less dipped in cliche than the televisual iteration. Not that it was bad per se, but it felt like the whole thing wandered off the reservation around episode 10 and fell too easily into cop show tropes, forgetting the more interesting periphery characters - though their plotlines weren't the height of originality, either.
All in all, an above-average drama, but not the apex of the form suggested by the Oscar-winning pedigree.