"Be exceptional, Mark." And he was. 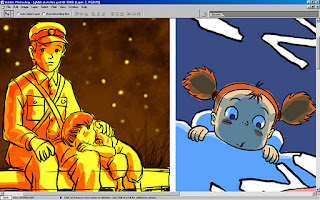 It's getting to Boot Up Arse Time for Bryan - that time when I can no longer blame my slow pace on illness, though God knows I'll probably catch something else soon enough, or drink myself into another round of medication and/or surgery like I did last year - though I like to think I might have learned my lesson by now. Ahaha.

Keeping in with the tradition of things called the A-Team that are better than the original I came across this on Youtube while trawling for amateur music. Fair enough I am essentially saying "this is better than an Ed Sheeran track", but it's still worth a listen for the commendably folky approach compared to the over-produced original.