You haven't any manners at all and you're always seeing things. 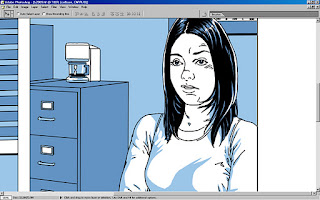 Today I watched some tv and broke wind a lot. Saw The Lady Vanishes for the first time and my first thought was "this is like that horrid Jodie Foster film from a few years back" and yeah, I realise this doesn't narrow it down for you but I specifically mean the one where her daughter disappears while they're on a plane together. I prefer the Lady Vanishes over the plane thing, as the latter just kept pushing the hysteria while the former seems to run a gamut of styles over the course of the story including slapstick, psychodrama and black comedy, though I'm on the fence about the turning point in the mystery coming about due to chance rather than insight or invention on the part of protagonists, as I think that's a cheat in mysteries. Good flick. Watching it has also made me realise I have seen Birdemic but not The Birds. I am unsure how something like this happens.
Posted by Brigonos at 1/12/2012 12:41:00 am