You know what the chain of command is? It's the chain I go get and beat you with. 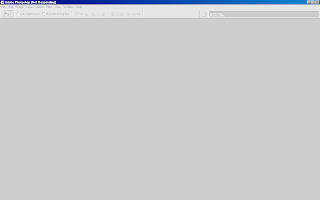 I am over in medias res openings for my shows. It seems like every episode I've seen in the last few weeks has been the middle or end of the story I haven't seen yet.

Watching: Charlie's Angels, which I decided to see to its end since it got itself canned after only 7 episodes. 7 episodes of hot women and things exploding to a guitar soundtrack and somehow they could not get people to watch it. Hot women, explosions, guitar rock, Miami setting, and to top it off a link to an iconic camp-trash franchise and a killer theme tune and still it fails. If you think about it, that is actually quite amazing.
This is trash, the audience knows it's trash, the producers know it's trash, the network knows it's trash - there was absolutely no pressure on anyone to excel or even approach competence so long as the soundtrack guy is liquored up and told to make widdly-widdly-woo noises to his heart's content, the second unit director is left to have stunt doubles kick people in the face on top of exploding speedboats, the cast - male and female - squeeze into ridiculously tight and small clothing in most scenes, and the writers are left to join the dots between all these elements in some arbitrary fashion that may or may not involve a female suspect who must be wrestled into submission after falling into something filled with oil. I'm not sure I even want to live in the kind of world where people exist that could screw that up.
Napoleon Dynamite - the new cartoon series based on the cult comedy flick of the same name. More outlandish and prone to fantasy elements than the film, which kind of turns me off even though it's a solid 'toon with some decent laughs here and there. S'okay, though.
Posted by Brigonos at 1/26/2012 11:41:00 pm