I have made it with a woman. Inform the men. 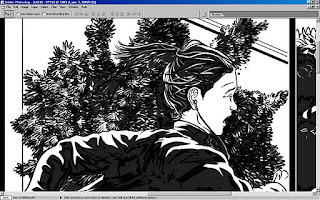 Watching: Flash Gordon, the most recent tv adaptation that swapped rockets for wormholes to save cash. It's mostly below par, I can't dispute that, but there's the germ of a half-decent show in here and towards the end it was even entertaining in its own right to the point I shan't qualify or defend my enjoyment of it. Basically, once you get over the fact that it doesn't have the Queen theme music, I think you might be entertained by this show just as much - and possibly just as begrudgingly - as I was. Besides, the Hawkmen episode was so terrible it had to be deliberate. Speaking of Hawkmen, any excuse to link to this:

HE JUST WINGED ME
Alcatraz s01e02 - again I ask: what has this show got to do with Alcatraz? They really push the branding with the title card showing light swooshing across the name every time there's a break in the action, but Alcatraz is an afterthought to the show, which I am convinced is improvised from a bunch of post-it notes on the plot outlines, as there's this bit where a guy walks into a gun shop and rather than make a clever post-modern observation that references something like the gun-centric Call Of Duty videogame series, the character just flat-out says "Call of Duty, Modern Warfare 3" and leaves it at that. It's like the writers made a note to reference that videogame and then just didn't bother and the note got shot by the director anyway. I'll say this much, it gives me hope that I might get paid to write something someday, as there doesn't seem to be much effort or concentration involved.
Lois and Clark: the New Adventures of Superman because as with Flash Gordon, cheap dvd box sets are like catnip to me. Lois is a real bitch in this, I have no idea what Clark sees in her. The FX have dated, too, but that's never really an issue for me as much as how and why they're implemented, and to be honest there's not a great deal of invention or thought in how the FX are utilised and the show would have been just as Supermanny without their presence. A lot of duff episodes so far, and I'm beginning to wonder if my appreciation for this show stems more from the fact that they actually went and made a weekly Superman series at all. Smallville doesn't count, of course, on account of not having Superman in it. Or good writing, interesting characters, decent actors, or the balls to just admit that the audience was gay men and teenage girls who just wanted Lex and Clark (later Oliver and Clark) to just kiss already, whereas in Lois and Clark the camera unashamedly adores Dean Cain's oiled body. He gets his muskles out a lot and generally looks very buff while Smallville tended to avoid that kind of thing. IN DENIAL.
Posted by Brigonos at 1/24/2012 11:36:00 pm