I'm up to my ears in meringue 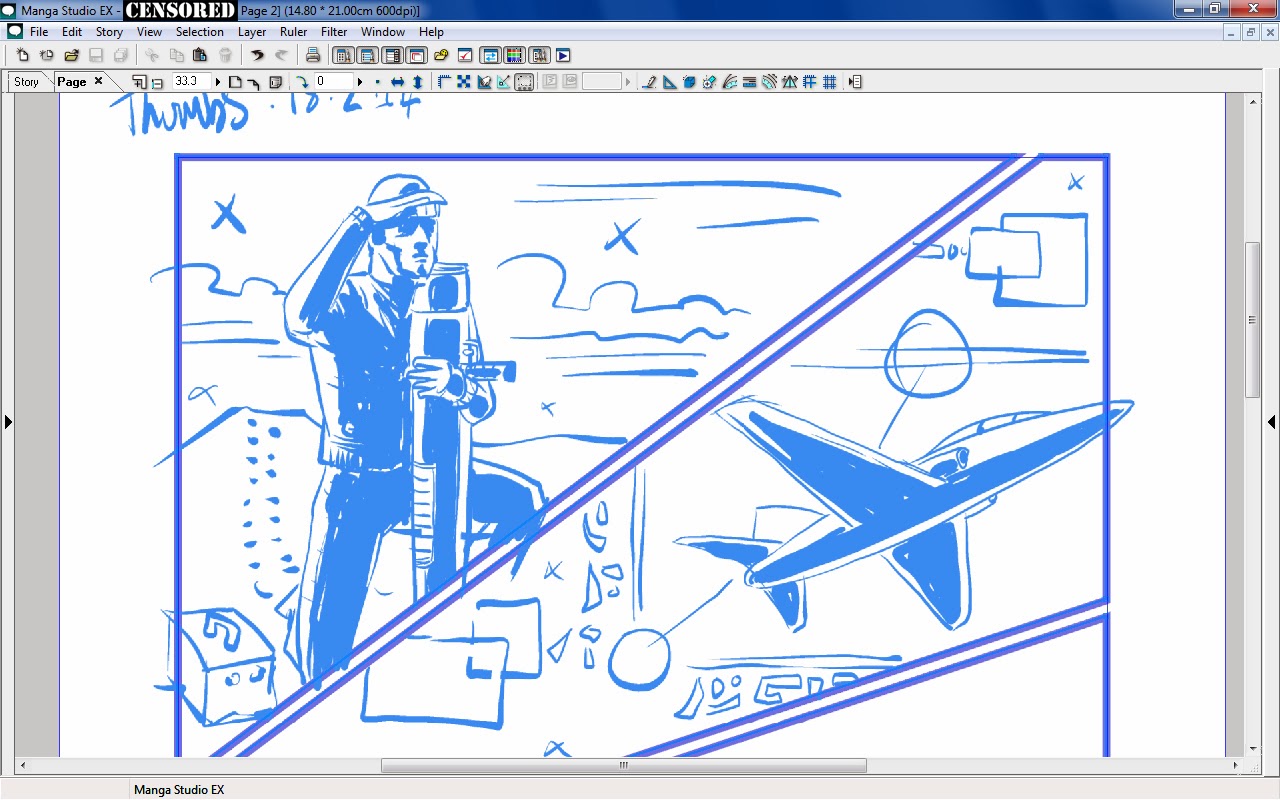 Just thumbnailing the next comic project I'll be getting stuck into shortly.  As you can tell, I don't really sweat things like anatomy and perspective at this stage as these are problems for Future Bryan - haha that guy is such a rube, he always ends up cleaning up my messes.  Schmuck.

Subatomic Party Girls is a concept just waiting to be made into a truly terrible film that people will decry for years as one of the worst movies ever made alongside Batman and Robin and that Eddie Murphy thing about the man on the Moon who runs a bar or something, which I get the impression would suit its redneck gobshite writer Chris Sims down to the ground, though what his co-writer Chad Bowers would make of such a turn of events I have no idea as he doesn't seem to have invested as much time developing a web persona as Sims has, though in my mind and for the purpose of comedic juxtaposition, I like to think of him as some sort of upper class gentleman type, a kind of Turkey to Sims' Huggy Bear.  Of artist Erica Henderson, I have no idea where to go with dated cultural analogies, but she sure does make a bold and purdy page.
Mostly being Josie and the Pussycats by way of a Gurihiru visual filter, Subatomic Party Girls is the tale of an all-girl rock trio blasted to the other side of the galaxy in a PR stunt gone wrong who have to play for their lives when they run into a Bob Segar-worshipping cult led by Jabba The Hutt.

Though it's knowingly dumb, it doesn't trade in self-mockery and so comes off as confident both in itself and in its readers to be in on the joke without needing reassurances in the same way the likes of Deadpool or Harley Quinn do.  Three issues in, it maybe feels a bit like there's been half that, so it's going to make a fine trade collection down the line even if it feels a little light as a monthly right now.
Posted by Brigonos at 2/19/2014 01:18:00 am