As long as hot dogs can be hats, anything is possible 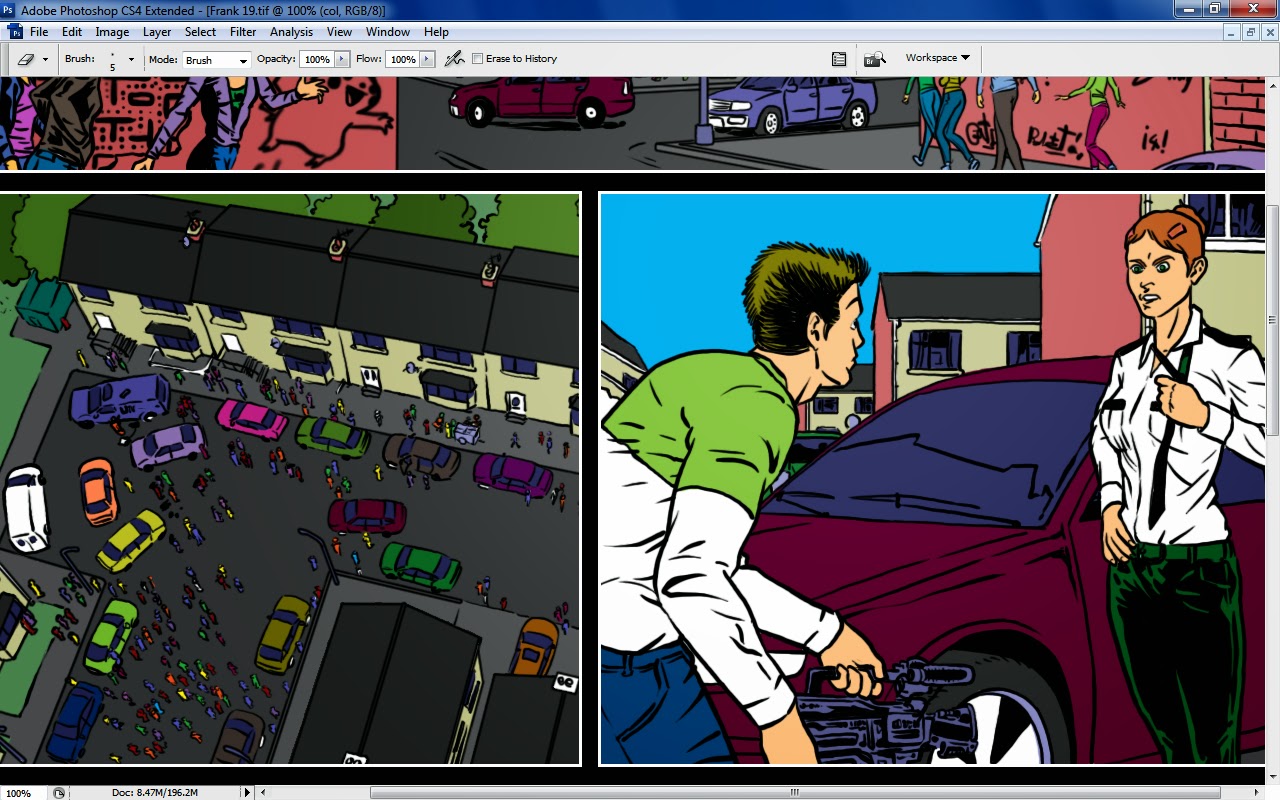 I am not very good at it so I avoid doing it in work for other people, but I like doing colouring and it's fine for stuff I'll bung up on Comicsy for 20p or something like that.
Despite being - or perhaps precisely because it is - a movie that nicks all its best ideas from Beastmaster 2, Thor: The Dark World is a fun B-movie masquerading as an angsty superhero drama full of universe-shattering McGuffins that make every battle one for All The Marbles, and it pulls off the conceit very well and no-one is any the wiser despite laser-toting elves and Asguardian gods doing professional wrestling moves in the middle of battles.  It surprises me not that it went on to make over half a billion dollars.