"Communication in this team has gone from four bars to no signal." 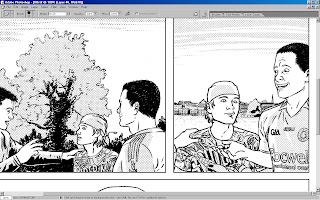 Watching Blue Bloods 1.09 and it's sneering comic book rapist/murderer, I realised what I'd like to see on telly: a show about cops dealing with supervillains. No superheroes or anything, just a cop show about regular, grounded cops and their life dramas who just happen to have a day job tracking down guys that use robot monkeys, earthquake guns, or laser satellites to commit crimes. I hear good things about Gotham Central, a comic book along just these lines about the world's most singularly incompetent police force as they stumble around waiting for a violent transvestite to solve all their problems for them. Should probably check that out sometime.
Posted by Brigonos at 11/20/2010 10:48:00 pm