we must explore Avery Avenue 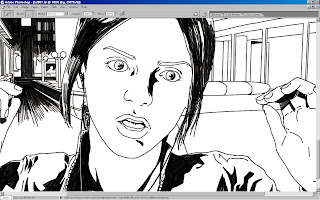 Sat up all night watching Carry On Screaming, The Thing, The Fog, Wolfen, In the Mouth of Madness, and Ghosts of Mars (which like Battlefield Earth, the Postman, and Batman and Robin is a film I can easily watch over and over no matter what the critical consensus has to say) and then I played Fallout: New Vegas pretty much all morning and afternoon. When it deigned not to crash on me, anyway.
Nice Halloween, all told, though as ever, the fireworks outside will only just now start to really take off as we get closer to Nov 5th, when all of Northern Ireland celebrates the burning of a catholic who thought socialism was a good idea and oppressive monarchy not so much. What an idiot.
Posted by Brigonos at 11/02/2010 12:45:00 am