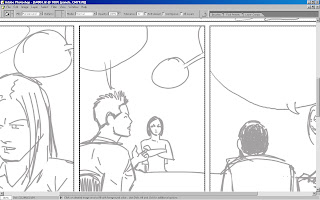 Watching: Superman IV, which is not as bad as I remember, it is worse. He has Great Wall Repairing Vision now? Superman telekinesis? Humans can speak, hear and breathe in space, too - mind you, that was established as far back as Superman II, or at least the Richard Donner version, which established that people could speak in space at great an unnecessary length that even a young me found a bit illogical. Also He Man and She-Ra: the Secret of the Sword, which is the gayest thing I have ever seen, and I speak as someone who has watched gay men have sex(1). "put him in a cell - an uncomfortable one! BWAH-HA-HA-HA!" And there's this team of evil dudes with names like Hordak, Grizzlor, Shadow Witch, Leech, and Princess Adorable and we're supposed to wonder which one is going to defect to the good guys? Weak sauce, 1980s.