attaching the electrodes of knowledge to the nipples of ignorance 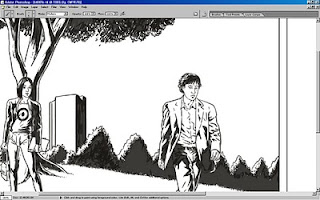 Watching: Wild Boys, an Aussie western series about outlaws on the run from a corrupt copper. Pretty good season opener, hopefully it'll keep the momentum going, but the setting is intriguing if nothing else.
Homeland, which is fixing to be the new 24 by the looks of things. A bit predictable and the sex scenes are almost laughably unpretentious in their gratuitousness, but still watchable stuff about a CIA agent keeping her mental problems under wraps from her bosses while trying to prove her theory that a recently rescued POW was turned by Al Qaeda super-brainwashing.
Death Valley is the latest MTV reality tv show, following the cops of the small town of Valley CA as they go about their night shift one year after a sudden influx of zombies, werewolves and vampires. The cast don't really have the chemistry to make the material work and some of it is painfully unfunny, but I think I'm on the record as saying that I will watch anything with werewolves in it, so it might be good for the briefer visits to the gym.
Posted by Brigonos at 9/15/2011 12:23:00 am