You're only on television because God hates Michael J Fox 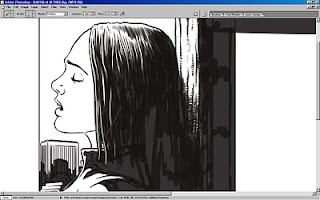 I'm not a very good hypochondriac, it must be said. I tend to Google symptoms very easily and then dismiss them once I read a few web pages about what those symptoms might likely be rather than fretting over wost case scenarios, so the recent chest pains I put down to the excessive grumbling from my stomach and a spot of heartburn, but lo - apparently my cholesterol is through the roof. I'm losing weight, have a diet consisting of fruit, Wheetabix and soup, but... what? Cholesterol? Are you shitting me? How does that happen?
Then I remember how much I drink. Feh.

Watching: Damages, a pretty good legal drama with the always-watchable Glenn Close in fine form as manipulative litigator Patty Hewes. Don't know how this one slipped by me as there's been four years of it and it's cracking stuff if this first season is anything to go by even if the initial 'twists' in the early episodes are a bit signposted, though it soon gets past trying to be that kind of show and settles into being a straightforward drama with some strong characters to the point that when it tried to be all twisty-turny near the end with a gay reveal for one of the characters I just went "tch."
Also starring Damages' Ted Danson is CSI, which this season replaces Morpheus with Sam Malone and for the life of me I couldn't stop finding it utterly hilarious to behold. They seem to be trying to throw some dramatic wrangling between characters into the mix this time and it's largely unconvincing because SAM FLIPPIN' MALONE FROM CHEERS is right there in all these scenes. I did not know they'd ditched Larry Fishburne, though I guess his character had really gone as far as he needed to, but yeah, this was a fun season opener, if for the wrong reasons.
Hawaii Five-0 returns and it's one really fucking dumb show. I love it.
I watched my first ever episode of Two and a Half Men after it returned from the sacking of its main draw out of curiosity to see how producer/writer Chuck Lorre manages to be the better man and wins that race to the moral high ground with violent drug addict and wife beater Charlie Sheen - but daaaaamn if that is some spectacular snatching of defeat from the jaws of victory on Lorre's part with some mean-spirited and unfunny swipes at Sheen's being sacked from the show after a public fallout with Lorre that in the words Seth McFarlane (a man not unfamiliar with mean-spirited and unfunny comedy) "tells you all you need to know about Hollywood - you can abuse drugs, you can abuse your spouse, you can trash hotel rooms, you can solicit prostitutes, but don't you ever, ever, call a Jewish guy by his actual Jewish name." Seriously, how do you come second in a competition with Charlie Sheen to not look like a dick? The guy's lost his kids, beaten his wives and girlfriends, drove cars off his face, assaulted hookers, and yet all I can think is "does this show always suck this much?"